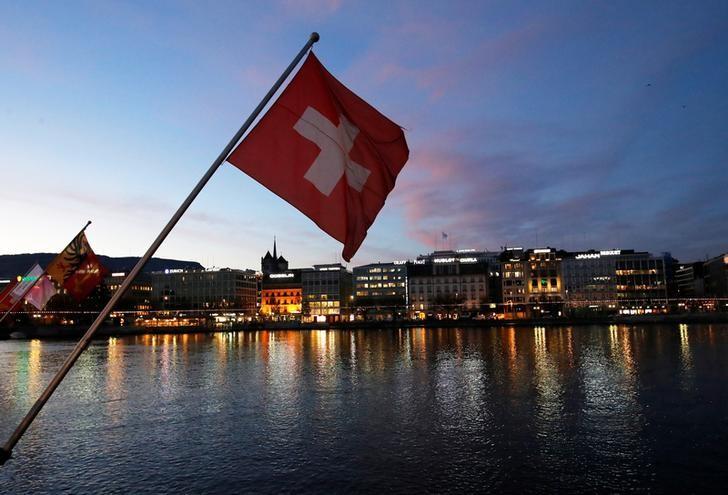 ZURICH (Reuters) – Asylum requests in Switzerland fell to their lowest level in eight years in 2017, down by a third from the previous year, as arrivals from Afghanistan, Syria and Iraq tapered off, state migration authorities said on Monday.

Neighboring Germany, where more than a million migrants arrived since 2015, also saw a slowdown in 2017 of about a third to 186,000, though some government officials contend the figure remains too high.

In addition to a slowdown of asylum bids from the conflict-torn Middle East, Swiss officials said the flow of applications from Africans seeking to win refugee status in Europe also lost momentum.

“On the one hand, migration of persons from Afghanistan, Syria and Iraq that characterized asylum applications in 2016 was a phenomenon that largely disappeared in 2017,” the State Secretariat for Migration said in a statement.

“Secondly, the decline in migration across the central Mediterranean Sea from mid-July 2017 has led to a sharp decline in asylum applications from sub-Saharan African countries,” it added.

People from Eritrea topped the Swiss list of asylum seekers, making up nearly a fifth of requests, followed by Syrians, Afghans and people from Turkey who sought asylum amid a widening crackdown following that country’s failed 2016 coup.

Even as the flow of Middle Eastern and African asylum seekers slips, some European countries have seen a rise.

In France, for instance, official requests rose 17 percent to exceed 100,000, the highest “in at least four decades”, as an influx of Albanians seeking economic opportunity outside of their home country helped drive the rise, even though they had little chance of successfully winning asylum.

Does hawker culture have a future in Singapore? Yes, but perhaps not as we know it
China starts mass testing 3 million in Tianjin for COVID-19
South Korea to close bars, restrict restaurants and churches amid COVID-19 spike
Authorities will not ‘dictate’ farming methods as Singapore pushes for increased productivity: Grace Fu
Weight loss product sold online found to contain banned substance and laxative: HSA