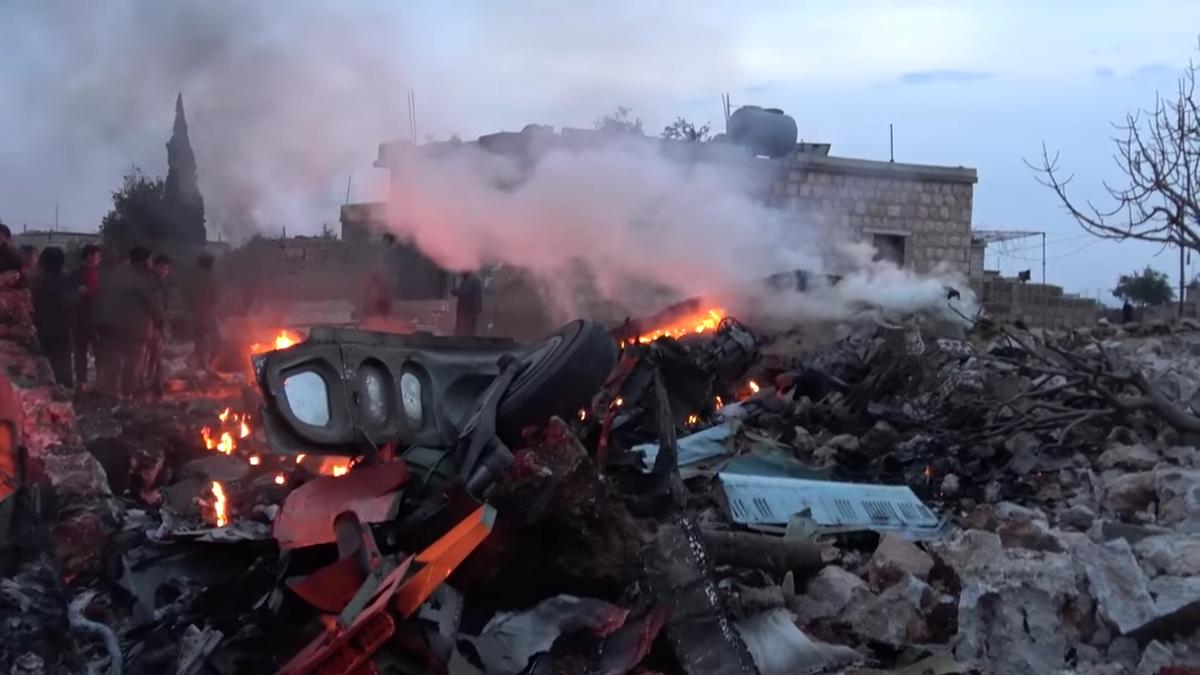 AMMAN/MOSCOW (Reuters) – Syrian rebels shot down a Russian warplane on Saturday and killed its pilot on the ground after he ejected from the plane, Russia’s defense ministry and Syrian rebels said.

The SU-25 came down in an area of northern Idlib province that has seen heavy air strikes and fighting on the ground between Syria’s government forces backed by Russia and Iran, and rebel groups opposed to President Bashar al-Assad.

Syrians opposed to Assad see Russia as an invading force they blame for the deaths of thousands of civilians since Moscow joined the war on the side of the government in 2015.

The U.S. State Department said it had seen reports about the incident and allegations that the United States provided missiles to groups in Syria.

“The United States has never provided MANPAD missiles to any group in Syria, and we are deeply concerned that such weapons are being used,” said State Department spokeswoman Heather Nauert. “The solution to the violence is a return to the Geneva process as soon as possible and we call on Russia to live up to its commitments in that regards.”

The Russian plane was shot down over the town of Khan al-Subl near the city of Saraqeb, close to a major highway where the Syrian army and Iranian-backed militias are trying to advance, a rebel source said.

Although the Russian pilot escaped the crash, he was killed by rebels who had tried to capture him, the source said.

Tharir al-Sham, a jihadist group spearheaded by the former Syrian branch of al Qaeda, claimed responsibility for shooting down the plane on social media, saying one of its fighters had scored a direct hit with a shoulder launched anti-aircraft missile.

“This work is the least we can do to revenge our people. Let the criminal invaders know that our skies are not a picnic and they will not pass through without paying a price, God willing,” senior commander Mahmoud Turkomani said in a statement released by the group.

Russia’s Defence Ministry also said that the aircraft was downed by a portable surface-to-air missile. The pilot reported that he had ejected by parachute, it said, and he was later killed on the ground.

“The pilot died in a fight with terrorists,” the ministry said.

The scene shows, what according to Syrian rebels were fires caused by Russian military plane shot down by rebel forces near Idlib, Syria, reportedly on February 3, 2018 in this still image obtained from social media via REUTERS

TASS news agency quoted the Russian Defence Ministry as saying Moscow retaliated with a strike from an undisclosed high-precision weapon that killed more than 30 militants in an area of Idlib province where the plane was downed.

The Syrian opposition released footage on social media that purported to show the wreckage of the plane and the body of the pilot surrounded by fighters.

Rebels said the downed warplane had taken part in strikes that targeted civilian convoys fleeing along a major Syrian highway from villages that the army and foreign militias had overrun.

Syria’s civil war, which is now entering its eighth year, has killed hundreds of thousands of people and driven more than 11 million from their homes.

A Russian plane was blamed for the death of seven civilians and scores of injuries after cars were targeted on the highway, according to a witness and two rebels sources.

At least five civilians were killed in Saraqeb city on Saturday, which residents blamed on Russian planes.

Syrians in rebel-held areas say they can distinguish between Russian warplanes and those of the Syrian air force, because the Russian planes fly at higher altitude.

Residents say thousands of people have been forced by air strikes to flee the area, moving further north to the safety of makeshift camps on the Syrian side of the Turkish border.

IN FOCUS: Singapore wants fewer people to smoke. How can it make this happen?
New Mediacorp initiative lets public donate festive care packs to people with disabilities
WHO says would be ‘highly speculative’ to say COVID-19 did not emerge in China
Speed of COVID-19 spread causes concern in South Korea
Chinese Rights Activist Who Opposed Hong Kong Security Law ‘Tortured’