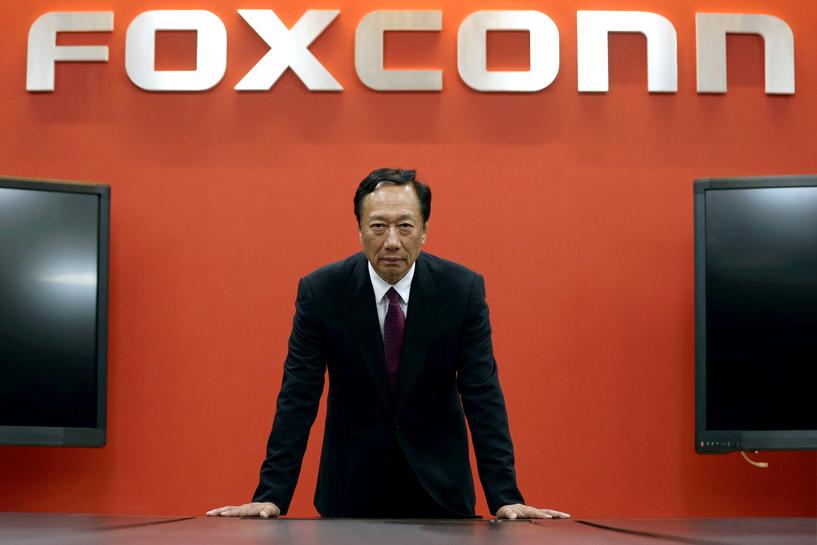 TAIPEI (Reuters) – Taiwanese electronics manufacturer Foxconn on Monday said it plans to build three facilities in the U.S. state of Wisconsin for operation as early as next year, as part of a campus housing a $10 billion liquid crystal display (LCD) factory due for 2020.

Foxconn, which makes electronics under contract for clients such as Apple Inc (AAPL.O), announced its $10 billion plan at the White House in July, saying the LCD plant would occupy 1,000 acres in the state’s south east.

The three facilities will require combined investment of under $1 billion, Louis Woo, special assistant to Foxconn Chairman Terry Gou, told Reuters on Monday. The jobs they generate will fall under the 13,000 positions that Foxconn has said its $10 billion investment would directly create, Woo said.

FILE PHOTO – The logo of Foxconn, the trading name of Hon Hai Precision Industry, is seen on top of the company’s headquarters in New Taipei City, Taiwan on March 29, 2016.Tyrone Siu/File Photo

The bill next needs approval from the joint finance committee – with members from both the Assembly and state Senate – as well as from the Senate before going to the governor.

Foxconn expects a final decision on the matter in September, and if the bill wins final approval, the firm will immediately begin land survey work, Woo said.

He also said Foxconn is considering investing in other states, but has not finalised any plans.

COVID Numbers Climb in Vietnam, Cambodia, and Laos, With Some in Laos Fearing Vaccination
3 new community COVID-19 cases in Singapore, including two linked to Changi Airport cluster
MCO 3.0 not as strict as first lockdown, key is to balance health and livelihoods: Ismail Sabri
Jewel Changi Airport, Terminals 1 and 3 to be closed to public as COVID-19 testing continues
Stricter COVID-19 rules a setback, but indoor playground Kiztopia still set on expanding