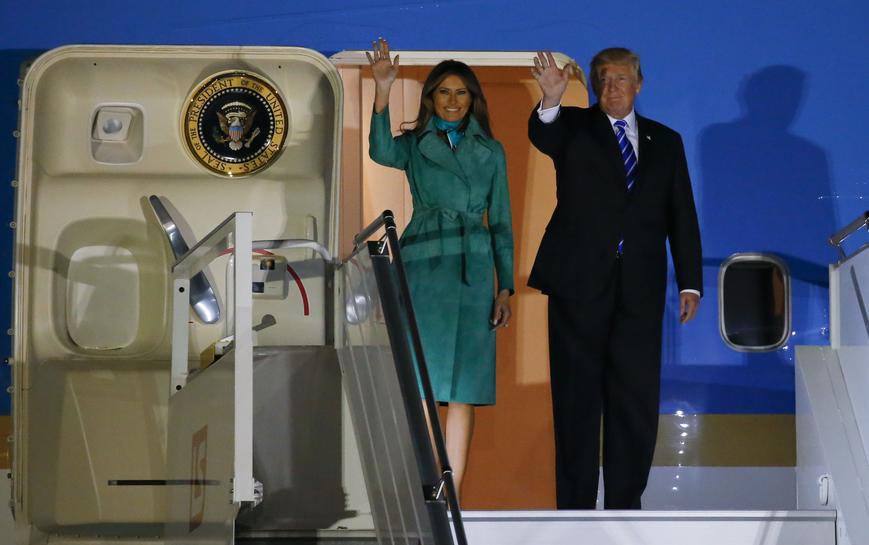 WARSAW U.S. President Donald Trump will get a chance to patch up trans-Atlantic ties this week when he meets with NATO allies still rattled by his failure on an earlier trip to embrace the principle that an attack against one member is an attack against all.

Trump arrived on Wednesday in Warsaw, Poland, where the White House said he would showcase his commitment to the North Atlantic Treaty Organization in a speech and in meetings with a group of nations closest to Russia on his way to the G20 summit in Germany on Friday and Saturday.

“He will lay out a vision not only for America’s future relationship with Europe, but the future of our trans-Atlantic alliance, and what that means for American security and American prosperity,” Trump’s national security adviser, H.R. McMaster, told reporters last week.

Aside from shoring up the U.S. relationship with NATO allies, the speech is symbolically significant given Poland’s proximity to Russia and regional fears about Moscow’s ambitions following its 2014 annexation of Crimea from Ukraine.

It was only six weeks ago when Trump, meeting with NATO leaders in Brussels, scolded them for failing to spend enough on defense during a speech in which the Republican president was expected to explicitly endorse NATO’s Article 5, the collective defense provision of the treaty.

He slammed Germany for its trade practices, and shortly after returning home, pulled out of the 2015 Paris climate deal, leaving his officials to try to smooth ruffled feelings.

“They have spent a lot of their time trying to undo or explain away some of the images and the mood that came out of the last trip to Europe,” said Derek Chollet, a top defense official for former Democratic President Barack Obama.

German Chancellor Angela Merkel, the host of the Group of 20 meeting of leading economies, has signaled she will not back down on climate and trade.

Shortly before leaving for Europe on Wednesday, Trump dug in on trade, tweeting: “The United States made some of the worst Trade Deals in world history. Why should we continue these deals with countries that do not help us?”

That is not the only tough meeting for Trump during his trip. He will meet for the second time with Chinese President Xi Jinping, with whom he has expressed some frustration for failing to use enough leverage to curb North Korea’s nuclear program.

Pyongyang said on Tuesday it successfully test-launched a newly developed intercontinental ballistic missile, which analysts said could put all of the U.S. state of Alaska in range for the first time.

Trump is under pressure at home to take a tough line in his first face-to-face meeting with Russian President Vladimir Putin on issues such as Moscow’s support for President Bashar al-Assad in Syria’s civil war and allegations of Russian meddling in last year’s U.S. election.

But first, there is Poland: a NATO member near Russia that meets its defense spending goals, hosts close to 1,000 U.S. troops and is eager to buy liquefied natural gas from U.S. companies to counterbalance Russian gas supplies in the region.

“Now is the time for allied solidarity,” Wilczek said.