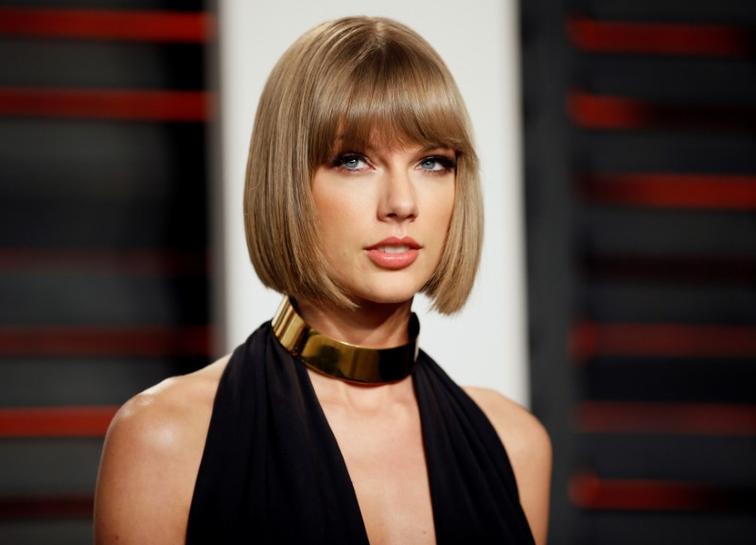 DENVER (Reuters) – Taylor Swift sat quietly in a Denver courtroom as her lawyers picked jurors on Monday for a trial pitting the pop star against a Colorado radio personality she accuses of fondling her four years ago during a photo shoot.

Dressed in a business-like black jacket and white top, Swift, 27, one of the top-selling U.S. singers, watched the proceedings in a federal courthouse, jotting notes on a pad of paper. When the judge introduced Swift, she turned and faced the prospective jurors.

Taylor is expected to take the stand during the trial in U.S. District court to testify about the incident, which resulted in broadcaster David Mueller’s firing from Colorado music station KYGO-FM. Officials expect the jury to be seated and opening statements to begin on Tuesday.

The litigation centers on Swift’s allegations that Mueller slipped his hand under her dress and grabbed her bare bottom as they posed during a meet-and-greet session before her June 2, 2013, concert in Denver.

“It was not an accident, it was completely intentional, and I have never been so sure of anything in my life,” Swift said during a deposition.

Mueller, 55, sued first, claiming that Swift falsely accused him of the groping and pressured station management to oust him from his $150,000-per-year job, according to the lawsuit.

Swift countersued for assault and battery, and that became part of the same trial.

A crowd of Swift supporters was expected to attend the proceedings during the week. Several came on Monday, some from as far away as Mexico and Venezuela.

Maya Benia, 20, a fan from Albuquerque, New Mexico, had waited outside the courthouse since 5:30 a.m. to catch a glimpse of the top star and deliver a letter to her.

“It is a thank-you to her for consistently being there for me over the years through all my hospitalizations and also a thank-you for survivors of sexual assault and her being able to use her voice when others couldn’t,” Benia said.

Mueller denies anything inappropriate occurred during the brief backstage encounter in which he stood on one side of the pop star and his girlfriend on the other. His lawsuit said Swift’s accusation is “nonsense.”

Mueller is suing under tort claims of interference with contractual obligations and prospective business relations. Jurors will determine what monetary damages, if any, he is entitled to if Swift is found liable.

In court filings, Swift said her representatives informed KYGO management about the incident but she did not demand that Mueller be fired. The radio station fired Mueller two days after the incident for violating the morality clause of his contract, court documents show.

The judge has placed a gag order on all parties, and attorneys for both sides did not respond to messages seeking comment.

Swift, one of the most successful contemporary music artists, earned $170 million between June 2015 and June 2016 following a world tour and her best-selling “1989” album, according to Forbes Magazine.