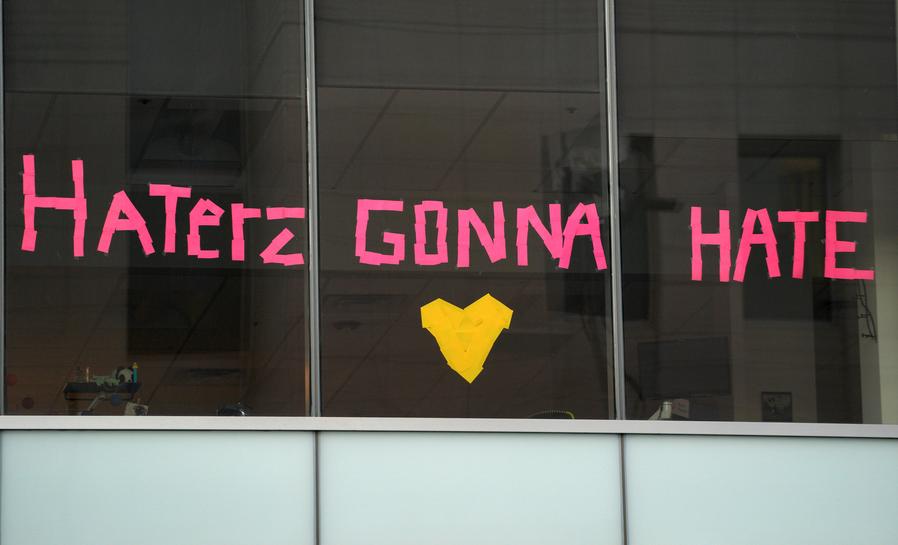 DENVER (Reuters) – Recording star Taylor Swift’s mother testified on Wednesday that she became sick to her stomach when she learned her daughter had been groped during a pre-concert photo shoot four years ago but decided against calling police to avoid publicity.

“I did not want this event to define her life,” Andrea Swift said in the second day of testimony in a federal court trial stemming from the Grammy-winning singer’s allegation that a Denver DJ fondled her bare buttocks at the picture-taking session.

Swift’s mother, who serves as part of her daughter’s management team, told jurors that one specific worry was the prospect that the photo taken with the radio personality in question, David Mueller, might end up going viral and even being doctored in a lewd way.

“I was very upset … I felt like I wanted to vomit,” Andrea Smith, 59, testified when asked to recall her reaction to her daughter telling her that she had been groped at a reception for her fans before a June 2013 concert in Denver.

“‘Mom, a guy just grabbed my ass at the meet-and-greet,'” she recounted her daughter telling her moments after the alleged incident.

Asked if she had sought out witnesses to the incident, the mother said she had no reason to doubt her daughter’s account.

“He sexually assaulted my daughter, right there, that guy,” Andrea Swift said as she pointed her finger at Mueller, who was seated less than 20 feet away. “I heard it from my daughter’s mouth. I know that it happened.”

The mother tearfully acknowledged that her daughter expressed bewilderment at having “thanked” Mueller and his girlfriend after posing with them, despite believing that she had just been groped. “It was just destroying her,” the elder Swift testified. “Why did I teach her to be so polite?”

Singer-Songwriter Taylor Swift arrives at the Metropolitan Museum of Art Costume Institute Gala (Met Gala) to celebrate the opening of “Manus x Machina: Fashion in an Age of Technology” in the Manhattan borough of New York, May 2, 2016.Lucas Jackson

Mueller, who lost his job at radio station KYGO-FM over the encounter with Swift, insisted under oath on Tuesday – the first day of testimony – that he was innocent of any inappropriate behavior and a victim of false accusations.

Mueller, 55, initiated the litigation, claiming Swift fabricated the groping story and pressured KYGO to fire him. Swift then countersued for assault and battery.

The eight-member U.S. District Court jury is now weighing both claims in a single trial.

According to the 27-year-old recording artist, Mueller slipped his hand under her dress and grabbed her as the two posed, along with Mueller’s girlfriend, during the picture-taking session.

“It was not an accident, it was completely intentional, and I have never been so sure of anything in my life,” Swift said in a deposition. She is expected to take the witness stand herself later in the trial.

Mueller testified on Tuesday that he may have made incidental physical contact with Swift, perhaps brushing her arm or torso. But asked by his own lawyer whether he had grabbed Swift’s backside, Mueller said flatly, “No, I did not.”

Swift has been present for the proceedings every day since jury selection began on Monday, entering and exiting the courthouse through an undisclosed passageway that has allowed her to avoid media camped outside the building.

Her lawyer, J. Douglas Baldridge, suggested during cross-examination of Mueller on Tuesday that the DJ was angry at having to wait in line with Swift’s young fans for the picture-taking session.

Mueller acknowledged that he was not given a VIP pass and instead was forced to stand in line with throngs of pre-teen girls and their mothers. But he denied the hour-long wait left him disgruntled at Swift.