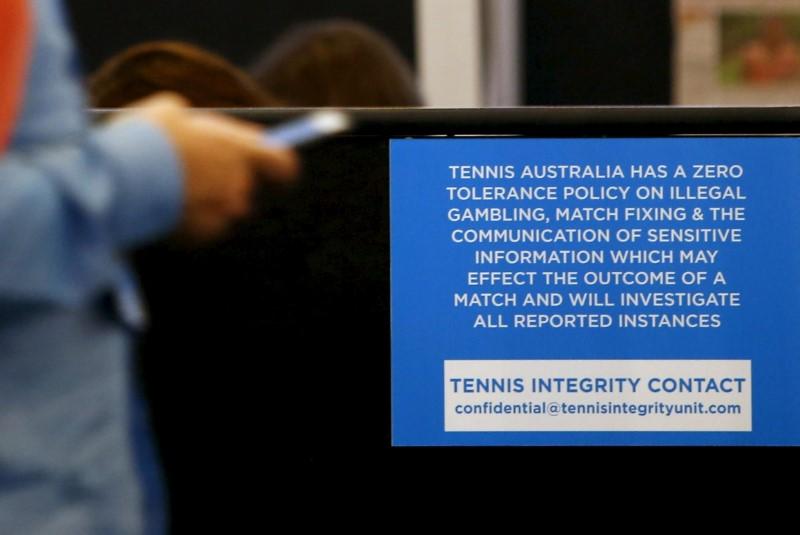 LONDON (Reuters) – Match alerts fell to a three-year low in 2017 as the Tennis Integrity Unit (TIU) continued to bolster its measures to protect the sport from the threat of corruption.

The TIU annual report showed it had received a total of 241 alerts from betting operators and regulators in 2017, compared with 292 in 2016 and 246 in the previous 12 months.

The majority of the alerts were from the second and third tiers of professional men’s tennis — ATP Challenger and ITF Futures events — with only seven from grand slam tournaments.

Match alerts are not proof of wrongdoing, merely indicators of suspicious betting activity.

During 2017 the TIU prosecuted 14 corruption cases and handed lifetime bans to three players.

“There is no doubt that most players and officials conduct themselves in an exemplary fashion, but the small minority who choose to break the rules are a continuing concern,” TIU director Nigel Willerton said in the report.

The potential for match-fixing in tennis hit the headlines two years ago following a report by BuzzFeed News and the BBC which claimed numerous players ranked inside the top 50 had thrown matches to aid corrupt betting.

Allegations that evidence of match-fixing had been concealed by the game’s ruling bodies were denied.

Since then the budget for the TIU, set up in 2008 and funded by the men’s ATP Tour, women’s WTA, the International Tennis Federation (ITF) and the four grand slams, has been increased with $3.71 million being set aside for 2018.

Full-time staffing levels have risen to 17 from just a handful three years ago, while a TIU Training and Education Unit will be established this year to help educate young players against the risks of corruption.