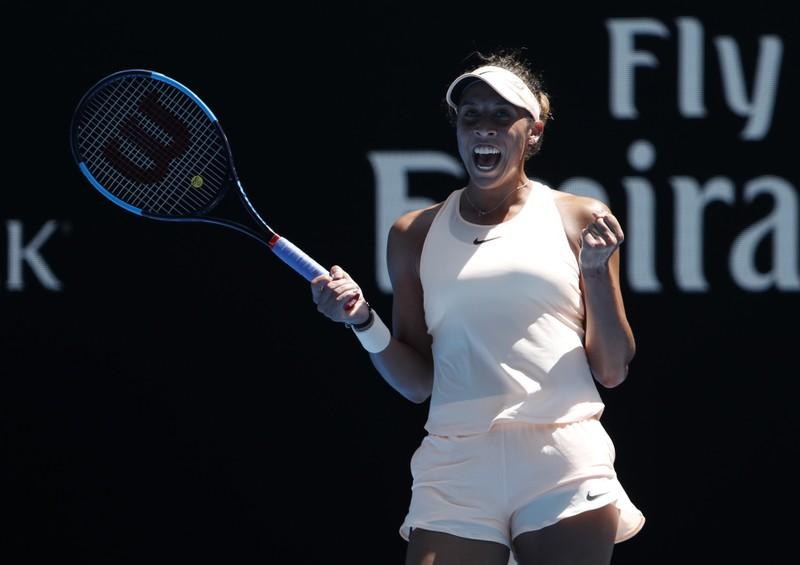 MELBOURNE (Reuters) – Madison Keys blew French eighth seed Caroline Garcia off the court 6-3 6-2 in a 68-minute display of power tennis to reach the quarter-finals of the Australian Open for the second time on Monday.

The 22-year-old, the sole surviving American in the women’s draw, gave up her first service game but rallied impressively to set up a last eight date with 2016 champion Angelique Kerber or Taiwan’s Hsieh Su-wei.

The 17th seed sent down six aces and 20 winners in the opening set on Rod Laver Arena and maintained the onslaught to win the first four games of the second.

Keys, a losing finalist at the U.S. Open last year and a semi-finalist in Melbourne in 2015, wobbled a bit with the finishing line in sight but secured victory with a sublime crosscourt forehand winner.

Reporting by Nick Mulvenney in Sydney, editing by Greg Stutchbury