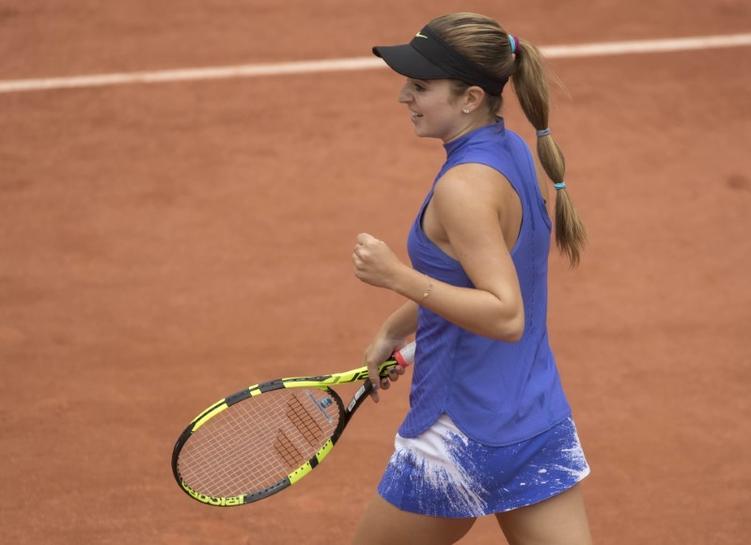 PARIS Catherine Bellis’ French Open dream run did not extend beyond the third round but the American teenager exited Roland Garros knowing she has won a whole host of new admirers, including the woman who defeated her, Caroline Wozniacki.

Wozniacki, the 11th seed, prevailed 6-2 2-6 6-3 in the rain-hit contest against Bellis, who had upset 2016 semi-finalist Kiki Bertens in the second round.

“She’s young, playing well. I have a lot of respect for her game and the way she’s grinding. I think we are going to see a lot more of her in the future,” Wozniacki said.

“Obviously you never know what’s going to happen, but at the same time … she’s one of those youngsters I see working very hard, and fighting for every point … I like that about her,” added the Dane.

Bellis, who was making her main draw debut at Roland Garros, was the youngest player in the third round and the American said it usually takes time for her to settle on clay.

“I’ve played tournaments on it in juniors, and I’ve trained on it as much as I could, but it’s probably not my favorite one I’ve grown up on,” she told rolandgarros.com.

“But I love it. When I was younger the biggest problem for me on clay was that I found it hard to move on it. But now I’m really comfortable on it, which is great.

“When I’m switching surface on to clay, it takes about a week or so to feel completely normal so far as movement goes, adapting my game,” she added.