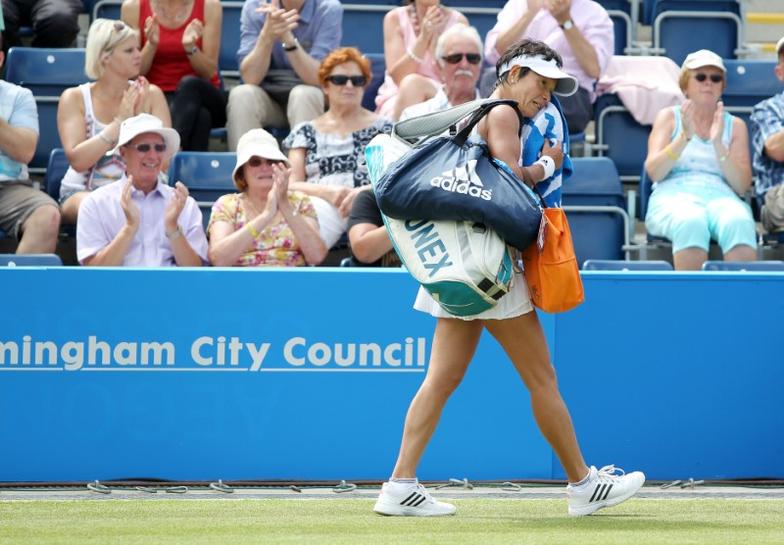 TOKYO (Reuters) – Japan’s Kimiko Date called time on her tennis career at the age of 46 on Monday, saying she was no longer able to perform at the best of her abilities due to physical issues and had decided to listen to the “inner voice” telling her it was time to quit.

The former world number four has been invited to play in next month’s Japan Women’s Open, barely two weeks before she turns 47, and wrote on her blog that it would be her last appearance.

Date made a comeback to the court in May after undergoing multiple surgeries, including a knee cartilage transplant earlier this year.

“I was determined to continue my challenge until the day I could no longer ignore my inner voice,” she wrote, saying that while her knee was not giving her pain an old shoulder injury had begun to act up.

“I had survived painful knee surgery, overcome harsh rehabilitation and hard training to get in shape to play in a tournament, which I feel is a great accomplishment. However, when I compare my level of play to before my injuries, I realize there’s a gap and it’s not easy to fill,” she added.

Date initially retired in 1996 but returned to competition 12 years later in 2008. She spent a further 16 months on the sidelines until her May comeback.

She won her first Japan Open title in 1992, the same year defending champion Christina McHale of the United States was born. She said she felt unable to push herself enough to compete with players in their twenties.

“Maybe you don’t need to endure the pain … These thoughts have been circling my mind,” she wrote.