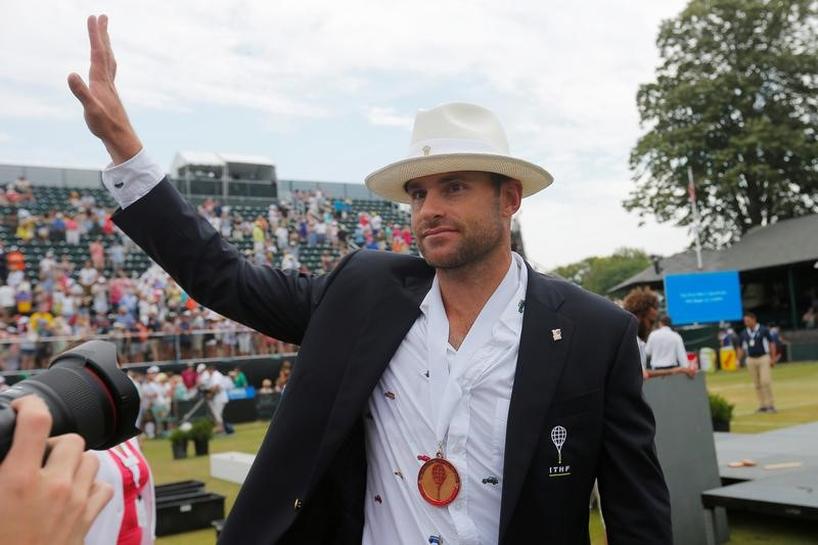 (Reuters) – International Tennis Hall of Fame inductee Andy Roddick said on Saturday he was honored to have played in the era of the Big Four, but also acknowledged that they caused him no end of frustration during his career.

Speaking in Newport, Rhode Island, where he was inducted with Belgian Kim Clijsters and Dutch Paralympic champion Monique Kalkman-van den Bosch, Roddick spoke about what it was like to compete with Roger Federer, Rafa Nadal, Novak Djokovic and Andy Murray.

“I can’t believe the level of tennis that I got to see in my career,” said the American former world number one.

“The shots hit, the records that were broken, and the records that continue to be broken. Thanks to Murray, Novak, Roger and Rafa for playing the game at a higher level than it’s ever been played.

“It sucked being in your vacuum a lot of times. I still consider myself lucky. I got to guard Jordan, I went the distance with Ali, I pitched to Babe Ruth. I feel like I know what it must have been like to watch Picasso. I saw it all.”

Kim Clijsters of Belgium (L) and Andy Roddick of the U.S. take their seats before being inducted into the International Tennis Hall of Fame in Newport, Rhode Island, U.S., July 22, 2017.Brian Snyder

Roddick won his sole grand slam title at the 2003 U.S. Open, while he was a losing finalist four times – all against Federer, three times at Wimbledon and once at the U.S. Open.

Perhaps the most memorable of those finals was the 2009 Wimbledon classic that Federer won 16-14 in the fifth set.

Clijsters was inducted after capturing four grand slam titles during her career, three of which she claimed after coming out of retirement in 2009 following the birth of her daughter.

“This is really special not just for me but for all of my family,” she said as her husband and three children looked on.

Before switching sports in 1986, she was a table tennis Paralympic champion.

Reporting by Andrew Both in Cary, North Carolina, editing by Pritha Sarkar