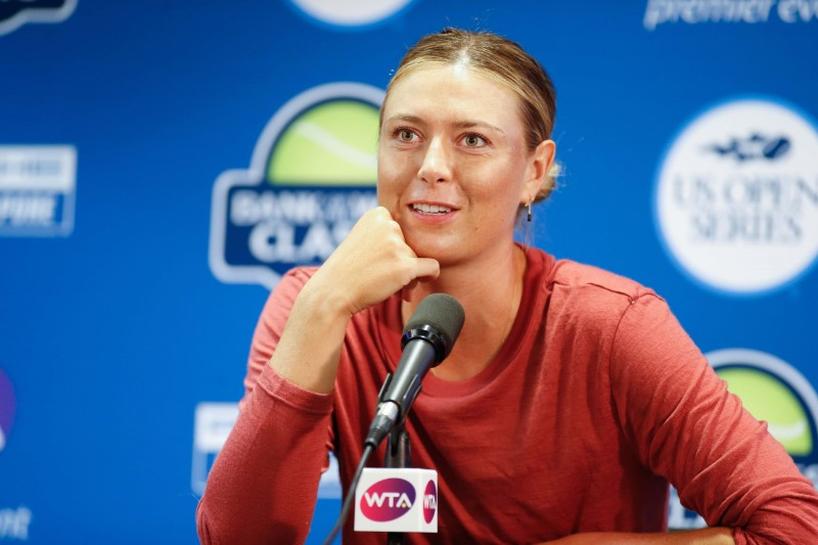 “I am so sorry to be missing Rogers Cup this year,” Sharapova said in a statement from Tennis Canada. “I am so appreciative to the tournament for the wild card and my fans in Toronto for their support.

“I am disappointed that injury is keeping me from the tennis court once again, and I will work as hard as I can to return to the game I love as soon as possible.”

The injury is the same one that had forced Sharapova to pull out of her second round match in Stanford on Wednesday.

Competing in her fourth tournament back after a 15-month doping ban, Sharapova said she started to feel pain in her forearm late during her first-round win over American Jennifer Brady.

The pain persisted and the former-world number one withdrew from her second round match handing Ukrainian seventh seed Lesia Tsurenko a walkover.

The injury casts a bigger cloud on Sharapova competing in the year’s final grand slam, with the former-world number one hoping for a wildcard into the U.S. Open, an event she won in 2006.

Sharapova was denied a wildcard for the French Open and missed Wimbledon, where she was going to try to gain main draw entry through the qualifying tournament, due to injury.

Banned after testing positive for heart drug meldonium at the 2016 Australian Open, Sharapova has had mixed results since re-joining the WTA Tour.

It marked the second time in three months that Sharapova’s comeback has been interrupted by injury having also retired from her second round match at the Italian Open in mid-May after injuring her left thigh.

The Rogers Cup gets under way on Monday with an elite field that includes all of the Top 10 players in the world rankings, including defending champion Simona Halep and Venus Williams.

Reporting by Steve Keating in Toronto Editing by Alison Williams

From trips to nowhere to ‘flying lessons’, how airlines are keeping afloat amid the COVID-19 pandemic
Thai youths to demand political reform in planned major demonstration
Philippine Military Chief: Situation in South China Sea ‘Very Tense’
Philippines’ Duterte approves resumption of energy projects in South China Sea
‘Do They Think It’s Easy to be a Refugee?’