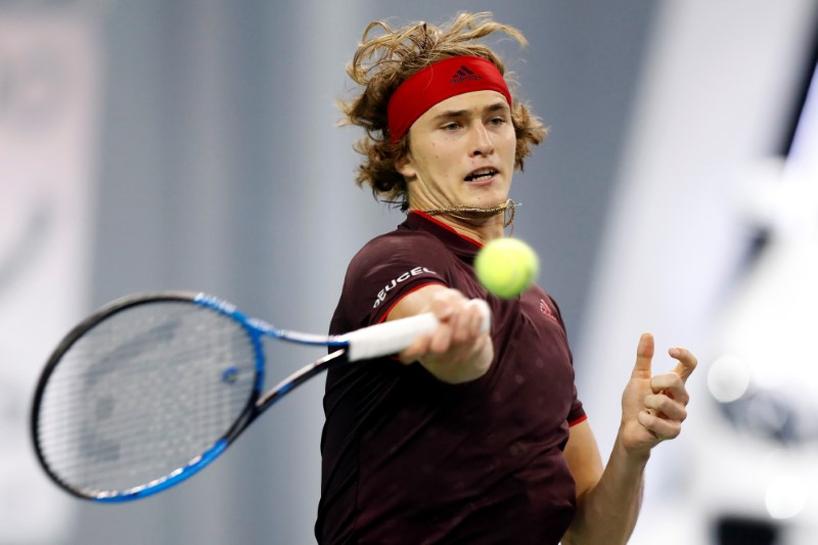 BASEL, Switzerland (Reuters) – Germany’s Alexander Zverev will miss the inaugural ATP Next Gen Finals in Milan next month to concentrate on his debut in the ATP Tour Finals in London the following week.

Zverev’s stunning year, during which he briefly rose to number four in the rankings, means the 20-year-old has qualified for both season-enders, and something had to give.

“I have consulted with my team and in order to best prepare for London, we have made the decision that it is best not to play the week before in Milan,” Zverev told the ATP’s website.

“Therefore, sadly, I will be withdrawing from the Next Gen ATP Finals. However, I still plan on making an appearance at the beginning of the event to support the tournament and show my appreciation for my fans in Italy that were so supportive during my win in Rome earlier this year.”

Zverev’s withdrawal is a blow for the new event, although the back-to-back schedule would have made it extremely tough for the German to have competed at both.

He has won five titles this year and is the youngest player to qualify for the ATP World Tour Finals for 10 years.

The Next Gen Finals were launched this year to showcase the top players aged 21 and under.

It will feature shortened sets, shot clocks and no advantage scoring as the ATP tries out new innovations to appeal to a younger generation of tennis fans.

The line-up will be Russians Andrey Rublev, Karen Khachanov and Daniil Medvedev, Canadian Denis Shapovalov, American Jared Donaldson, Croatian Borna Coric and South Korea’s Hyeon Chung plus the winner of an Italian under-21 event as a wildcard.

All seven players have featured this year in the top 50 of the ATP rankings this year.

MCO 3.0 not as strict as first lockdown, key is to balance health and livelihoods: Ismail Sabri
19 new cases in Changi Airport COVID-19 cluster, including 3 cleaners and a supervisor
WHO classifies B1617 from India as COVID-19 variant of global concern
Commentary: Goodbye Boracay, hello Tagaytay – less well-known places could be the future for domestic travel
Compulsory 14-day quarantine for PCA travellers entering Malaysia from Singapore