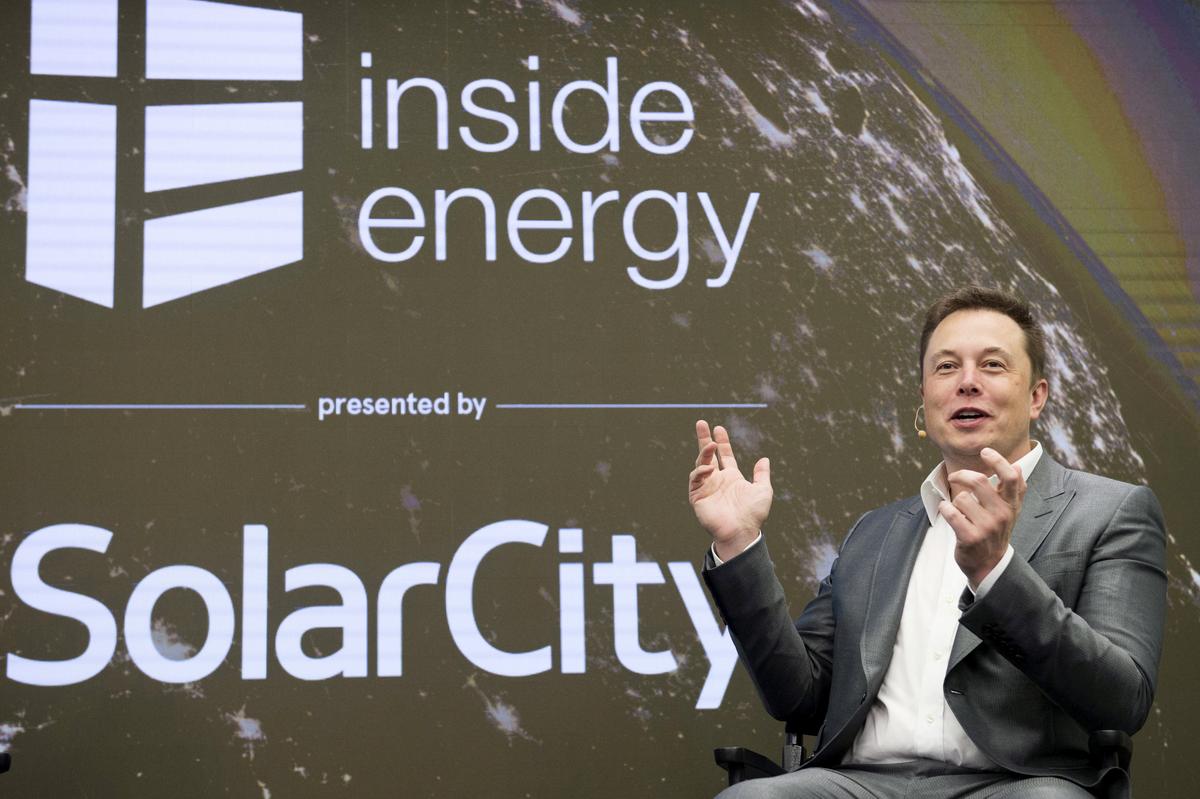 (Reuters) – After years of double-digit growth, home solar installations in the United States are poised to fall for the first time this year, according to a report released on Thursday by GTM Research.

The reason? An analysis of installation data suggests that most of the slowdown is traceable to a single company: Tesla Inc (TSLA.O), which acquired sister company SolarCity about a year ago.

For years, SolarCity, with early backing from Tesla CEO Elon Musk, was the biggest player in residential solar and the driving force behind that market’s supercharged growth.

But under Tesla’s ownership, the company has largely stopped its aggressive marketing campaigns and ambitious expansion.

As a result, Tesla’s rooftop solar installations have fallen sharply each quarter this year compared to last. In the third quarter, installations were off by 42 percent over the previous year.

Tesla declined to comment for this story, but has previously said that while sales are down, margins are up. The company expects its fourth-quarter solar installation numbers to be higher than those of the third quarter.

Overall, the residential solar market is expected to fall 13 percent this year, according to GTM’s U.S. PV Leaderboard report. That compares with a 19 percent rise last year and four straight years before that of increases above 50 percent.

SolarCity was responsible for an outsized portion of that growth, accounting for a quarter of the national market in 2016 and more than 30 percent the previous two years. By the third quarter of this year, its share had dropped to 14 percent, according to the GTM report.

“If SolarCity accounted for a 30 percent share of the national market and you cut those installation volumes effectively in half, that’s really what we are looking at in terms of the market downturn in 2017,” said Austin Perea, who tracks the U.S. residential solar market for GTM.

SolarCity’s rapid growth was fueled in part by a no-money-down offering that enabled residential customers to pay a monthly fee to go solar. The business generated huge sales volumes but led to investor concern about debt.

In many ways SolarCity’s rise helped lift the fortunes of smaller rivals.

“They spent a lot of money making people aware of what solar can do and all of us little guys have been the beneficiaries of that,” said Jim Petersen, chief executive of Fremont, California-based PetersenDean, who said his company is forecasting sales growth of 7 to 9 percent this fiscal year.

SolarCity’s fall has benefited some competitors. Sunrun Inc (RUN.O), the largest publicly held standalone residential installer, has gained market share this year, and its installations are expected to rise 15 percent in 2017.