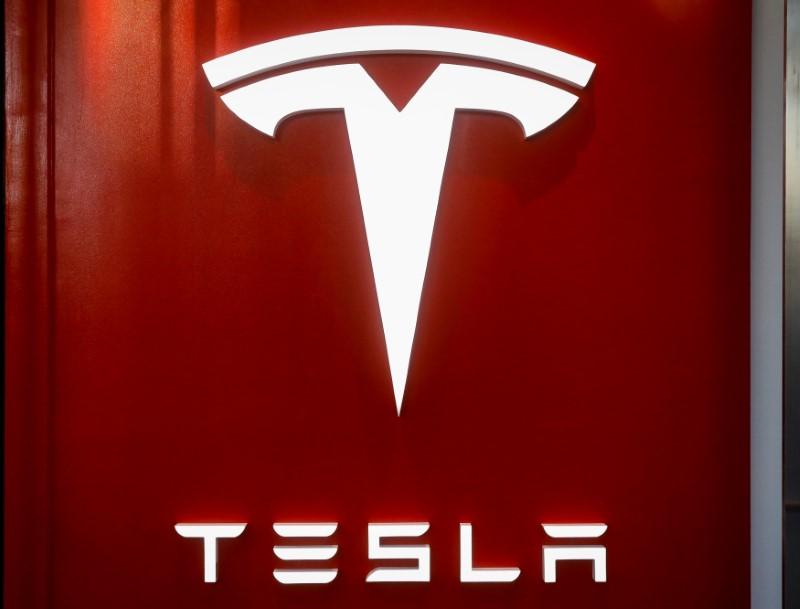 (Reuters) – Tesla Inc (TSLA.O) shares fell as much as 3.6 percent on Thursday, setting the company up to lose nearly $1.9 billion in market value after it pushed back a production target for its much-anticipated Model 3 sedan yet again.

Analysts stayed upbeat, saying the electric car maker had finally set an achievable target for their mass-market sedan that is priced at $35,000. Investors, however, are likely to focus on how the delay will impact Tesla’s cashflow, a big challenge for many quarters now.

“With absolute Model 3 sales tracking behind expectations and Model 3 gross margin improvement likely to be pushed out until production reaches greater scale, the expected cash tailwind from Model 3 will take longer to manifest itself than was anticipated,” Evercore ISI analyst George Galliers said in a note.

Tesla, headed by Elon Musk, has been struggling to overcome production bottlenecks and reported its biggest-ever quarterly loss in the July-September quarter.

The company burned through $1.1 billion in cash in that quarter and said in November it would spend roughly the same amount in the fourth quarter. It had about $3.5 billion in cash and cash equivalents as of Sept. 30.

Chief Financial Officer Deepak Ahuja had reassured investors that cash flow would “improve significantly” over the next few quarters as Tesla continued to ramp up Model 3 production.

Tesla shares fell to $305.68 in morning trading on Thursday. The median price target on the stock is $310 and eight of 25 brokerages covering the stock rate it “buy” or higher. Eight have a “hold” rating and the rest a “sell” or lower.

“We believe that Tesla may have finally set a beatable production target,” Nomura Instinet analyst Romit Shah said in a note.

“Importantly, we believe that Tesla is prioritizing quality control. While Tesla’s repeated guidance revisions could begin to risk damaging its elite brand, a mass-recall would probably be far more damaging,” he said.

Tesla’s luxury Model S sedans and Model X SUVs regularly require fixes before they can leave the factory and quality checks have routinely revealed defects in nearly all of these models inspected after assembly, Reuters reported in November, citing sources.

Tesla has maintained that its quality control process is unusually rigorous.

Analysts said on Thursday they continue to believe that sales of the Model 3 sedan could transform the niche automaker into a mass producer, giving it an edge over a host of rivals such as General Motors Co (GM.N) and BMW (BMWG.DE) who are entering the nascent electric car market.

“Given that TSLA received over 400k Model 3 reservations with essentially no marketing, we believe potential demand for the vehicle is likely underestimated, and think TSLA could significantly increase demand through its own advertising in the future,” Baird Equity Research analyst Ben Kallo said.

Reporting by Munsif Vengattil and Laharee Chatterjee in Bengaluru; Editing by Sayantani Ghosh

Commentary: Concerned about what fall in private home sales mean? Market fundamentals paint a different story
Businesses and residents near Top Glove dormitories on edge, as COVID-19 cases spike among workers
Commentary: Japan has taken care of two COVID-19 waves so how bad can this third one be?
Biker dog Bogie thrills fans as he cruises Philippine highways
Appeal opens in Pakistan against acquittal of Briton convicted in Daniel Pearl killing