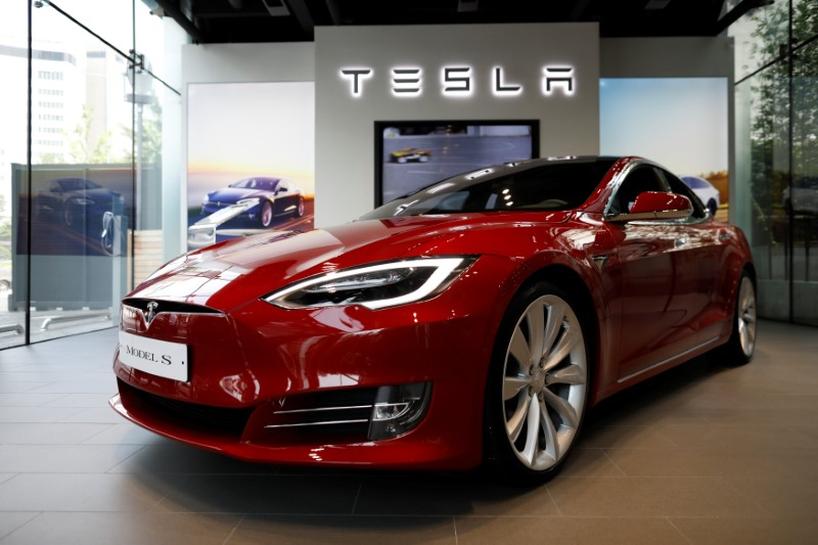 Tesla Inc (TSLA.O) said current-quarter deliveries would include about 3,500 vehicles that were in transit to customers at the end of the second quarter, on a day the electric-car maker’s first Model 3 rolls off the assembly line.

The company said on Monday it delivered about 47,100 electric sedans and SUVs in the first half of 2017, at the lower end of its own forecasts, putting pressure on the company’s shares.

Tesla had then not provided details on the number of vehicles in transit.

The company, which blamed “severe shortfall” of new battery packs that constrained vehicle manufacturing until June, reiterated on Friday that combined deliveries of Model S and Model X in the second half of 2017 will likely exceed deliveries in the first half.

Registrations of Tesla vehicles in California fell 24 percent in April from a year earlier, according to data from industry consultant IHS Markit.

The numbers come as investors worry that demand for Tesla’s luxury Model S sedan is waning ahead of the mass market Model 3 launch.

Tesla’s shares, which spiked after the transit number announcement, gave up their gains to trade up 1.2 percent at $312.51.

Separately, the company said it had won an Australian contract to install the world’s biggest grid-scale battery.

(Reporting by Rishika Sadam in Bengaluru; Editing by Sriraj Kalluvila)