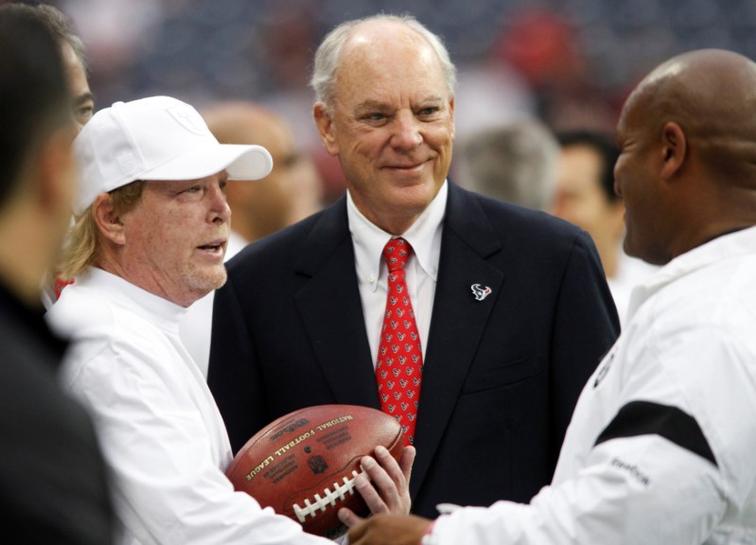 (The Sports Xchange) – A day after his “inmates running the prison” comment in reference to ongoing player protests during the national anthem became public, Houston Texans owner Bob McNair met with team players on Saturday and issued a second statement.

“I know they were upset,” McNair told the Houston Chronicle. “I wanted to answer their questions. I told them if I had it to do over again, I wouldn’t use that expression.”

ESPN The Magazine reported McNair had said last week, “We can’t have the inmates running the prison,” after other owners in an Oct. 18 NFL meeting talked of business concerns surrounding the anthem protests.

In his statement on Saturday, McNair said:

”As I said yesterday, I was not referring to our players when I made a very regretful comment during the owners meetings last week.

”I was referring to the relationship between the league office and team owners and how they have been making significant strategic decisions affecting our league without adequate input from ownership over the past few years.

“I am truly sorry to the players for how this has impacted them and the perception that it has created of me which could not be further from the truth. Our focus going forward, personally and as an organization, will be towards making meaningful progress regarding the social issues that mean so much to our players and our community.”

A Texans offensive starter told ESPN that the team would meet Saturday night “to discuss a demonstration tomorrow.” The player also said that he expects everyone on the team to travel Saturday to Seattle for Sunday’s game against the Seahawks.

A team meeting Friday delayed the start of practice. Wide receiver DeAndre Hopkins and rookie running back D‘Onta Foreman, left the team facility and did not practice.

After McNair said those words last week at the league meeting, ESPN said the comment “stunned some in the room.”

One of those was African-American NFL vice president/football operations Troy Vincent, a former player, who told the owners that during his playing career he had been called many names, including the N-word, but “never felt like an inmate.”