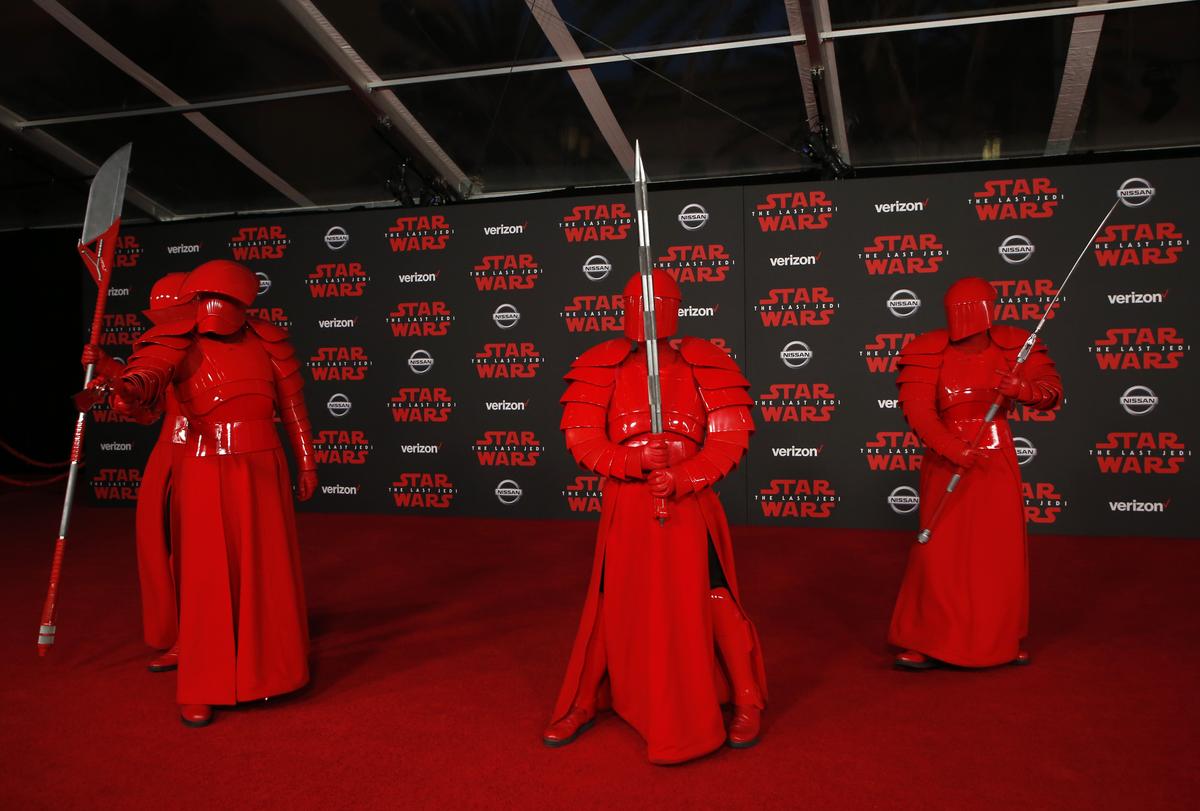 LOS ANGELES (Reuters) – “Star Wars: The Last Jedi,” the new film in the beloved space saga, opened with massive ticket sales that put it on track to ring up around $200 million at domestic theaters over the weekend, distributor Walt Disney Co said on Friday.

The movie brought in $45 million in the United States and Canada on Thursday night, second only to the $57 million from 2015’s “Star Wars: The Force Awakens.” That film went on to generate more than $2 billion worldwide.

“Last Jedi” is the eighth movie in the saga created by George Lucas in 1977. It picks up from the end of “Force Awakens” with the scavenger Rey asking Luke Skywalker to come out of seclusion to help fight the evil First Order.

The new film features actress Carrie Fisher’s final performance as Leia, the famous princess who has become a general leading resistance forces. Fisher died of a heart attack in December 2016.

Fans’ love of the franchise, and Fisher, is expected to drive heavy ticket sales for “Last Jedi” over the upcoming Christmas and New Year holidays, according to box office analysts.

“Last Jedi” began rolling out on Wednesday in international markets, where it has brought in $60.8 million in its first two days, Disney said.