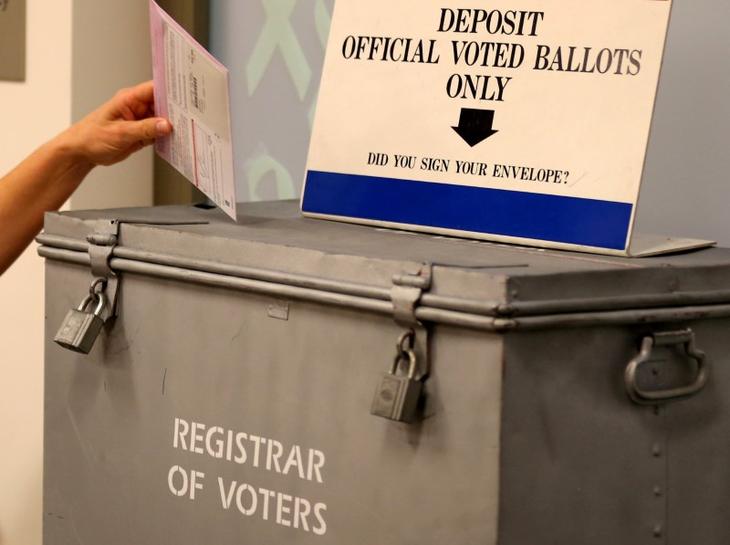 WASHINGTON Maryland, Delaware and Louisiana on Monday joined a growing number of U.S. states that have refused to hand over voter data to a commission established by President Donald Trump to investigate possible voting fraud.

More than 20 states, including Virginia, Kentucky, California, New York and Massachusetts, have declined to provide some or all of the information that the panel requested, saying it was unnecessary and violated privacy.

Republican Trump created the Presidential Advisory Commission on Election Integrity in May after making unsubstantiated claims that millions of people voted illegally for his Democratic rival, Hillary Clinton, in last November’s election.

Calling the request “repugnant,” Maryland Attorney General Brian Frosh said in a statement that his office had advised the State Board of Elections that the commission’s request was illegal.

The request “appears designed only to intimidate voters and to indulge President Trump’s fantasy that he won the popular vote,” Frosh said.

The commission sent a letter to the 50 states asking them to turn over voter information including names, the last four digits of Social Security numbers, addresses, birth dates, political affiliations, felony convictions and voting histories.

“You’re not going to play politics with Louisiana’s voter data,” he said in a statement.

Delaware Elections Commissioner Elaine Manlove said in an interview with Milford’s WXDE-FM radio that her office would not comply since some of the information was confidential. Manlove said she was working with the attorney general’s office to see if the request could be denied completely.

Trump has blasted the states who have refused to turn over the data. He said in a tweet on Saturday, “What are they trying to hide?”

Trump won the White House through victory in the Electoral College, which tallies wins in states, but he lost the popular vote to Clinton by some 3 million votes. He has claimed he would have won the popular vote had it not been for voter fraud.

Civil rights activists say the commission will encourage voter suppression by justifying new barriers to voting, such as requiring identity cards to vote.

(Reporting by Ian Simpson in Washington; Editing by Frank McGurty and Grant McCool)

Commentary: It will be a waste if parents don’t keep flexible work arrangements
China’s metal imports from Myanmar show trade contortions amid post-coup protest
Hong Kong to Fire 129 Civil Servants Who Refused to Pledge Allegiance
China says climate onus on US in Kerry talks
Commentary: Grappling with the sadness and outrage triggered by school mergers