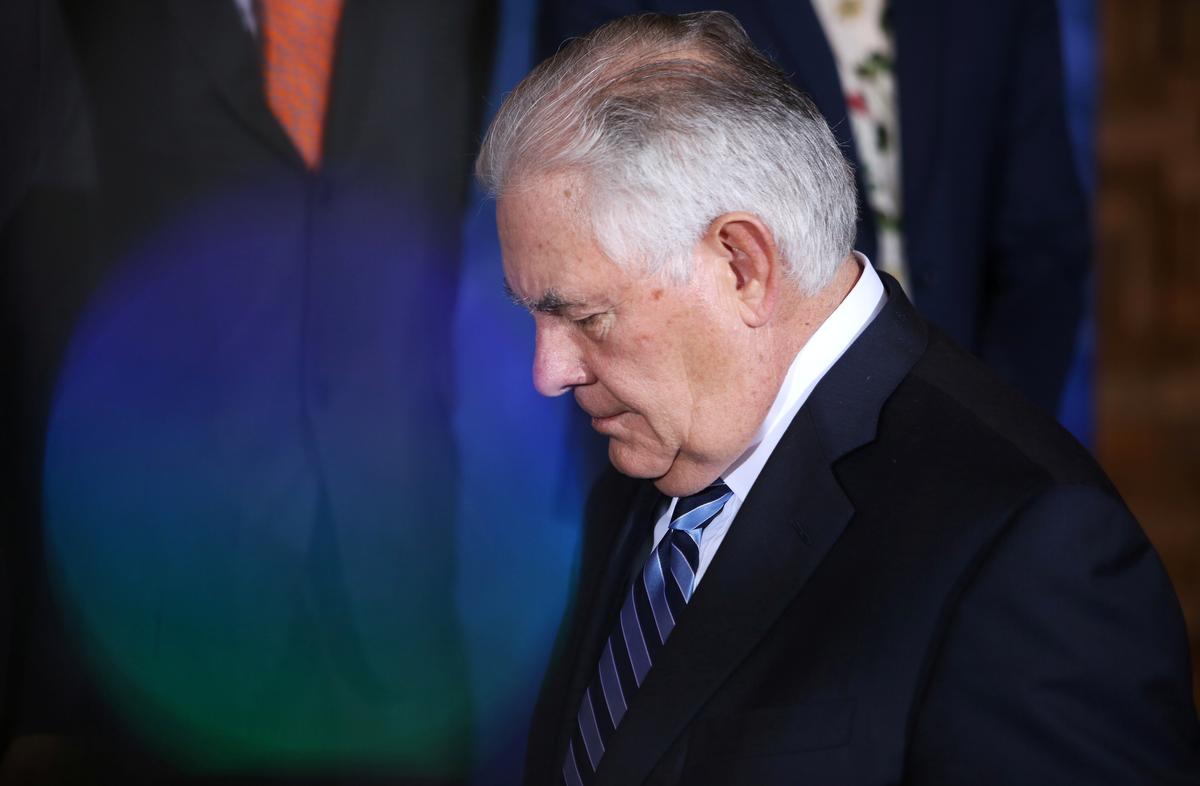 South Korean President Moon Jae-in had attributed North Korea’s recent willingness to talk to South Korea to the pain of sanctions, Tillerson told an event at Stanford University in California.

Tillerson said that he was confident the pressure would eventually bring North Korea to the negotiating table over its nuclear and missile programs. Pyongyang has carried out nuclear and missiles tests in defiance of United Nations and other sanctions.

“We are getting a lot of evidence that these sanctions are really starting to hurt,” Tillerson said, citing intelligence and anecdotal evidence from defectors.

He said Japan told a conference on North Korea in Vancouver on Tuesday that more than 100 North Korean fishing boats had drifted into its waters and two thirds of those aboard them had died.

China did not attend the Vancouver meeting, where 20 nations agreed to step up sanctions pressure on North Korea, but Tillerson highlighted Beijing’s role.

“We have never had Chinese support for sanctions like we’re getting now,” he said.

“Russia’s a slightly different issue, but the Chinese have leaned in hard on the North Koreans,” he said.

U.S. President Donald Trump told Reuters in an interview on Wednesday that Russia is helping North Korea evade sanctions and that Pyongyang is getting “closer every day” to being able to deliver a long-range missile to the United States.

Tillerson said that while North Korea had a record of seeking to drive a wedge between the United States and its allies through “charm offensives”, Washington was supportive of the North-South dialogue.

He said it was possible North Korea’s presence “may be their early effort to break the ice.”

Tillerson said he was confident the sides would eventually get to the negotiating table and he wanted to know when that happened that the United States had “very, very strong military options standing behind me.”

The Trump administration has said repeatedly that all options are available, including military ones, in forcing North Korea to give up development of nuclear missiles capable of reaching the United States, although it prefers a diplomatic solution.