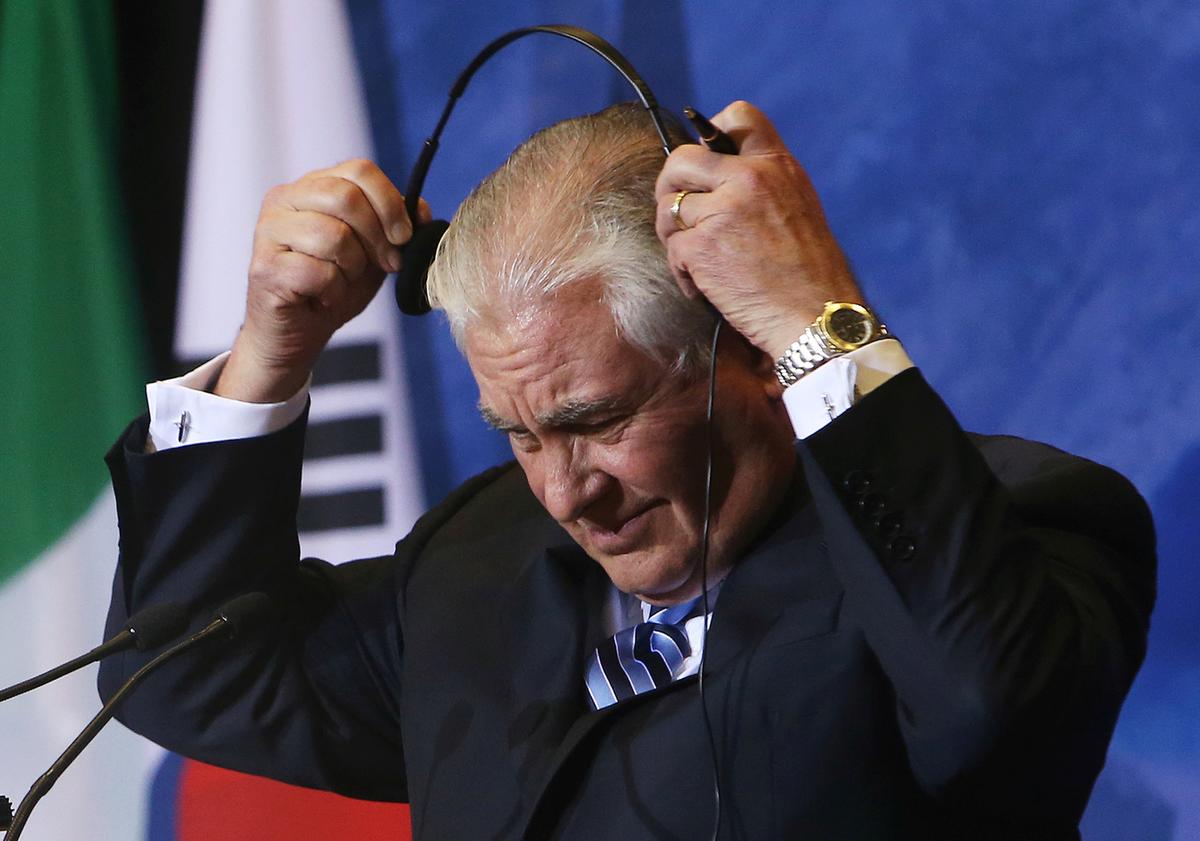 WASHINGTON (Reuters) – U.S. Secretary of State Rex Tillerson said on Wednesday he would make a one-day visit to Britain next week where he hoped to visit the new U.S. embassy.

Speaking to reporters while flying back to Washington from a visit to the North American West Coast, Tillerson did not make clear if he would formally open the controversial building.

This month, U.S. President Donald Trump canceled a trip to London to open the embassy scheduled for next month, saying he did not want to endorse a bad deal agreed by the Obama administration to sell the old one for “peanuts.”

Asked whether he agreed with Trump that the new embassy was in an inferior location and if the move had been a mistake, Tillerson said: “That’s a decision that’s already been taken, so I don’t think we need to revisit it.”

Asked if he planned to inaugurate the new embassy, Tillerson said: “On any trip, I try to make a visit to the mission, have a town hall meeting, opportunity to engage with our local folks.”

He said he had discussed his London agenda with British Foreign Secretary Boris Johnson, who had been “loading it up” and added: “We don’t have the details yet, but I hope to get by the embassy.”

The cancellation of Trump’s trip was a further blow to relations between Britain and the United States, for long the closest of allies. More than a year into his presidency, Trump has yet to visit London, with many Britons vowing to protest against a man they see as crude, volatile and opposed to their values on a range of issues.

Tillerson rejected the suggestion that Trump might see Britain as less useful now it was embroiled in Brexit and other political issues.

”No, not at all,“ he said. ”I mean, we still have the special relationship with the British people. As you know, President Trump was supportive of the UK’s exit from the EU. He still thinks that was the right decision for them.

“Britain needs to focus on those Brexit negotiations right now, which is really important to them, and I think the president realizes that’s where Prime Minister May really needs to focus her attention, working through, you know, the negotiation around the exit.”

The decision to move the U.S. embassy from Grosvenor Square in the upmarket Mayfair area of London to a site on the south bank of the Thames was agreed in 2008 under President George W. Bush.