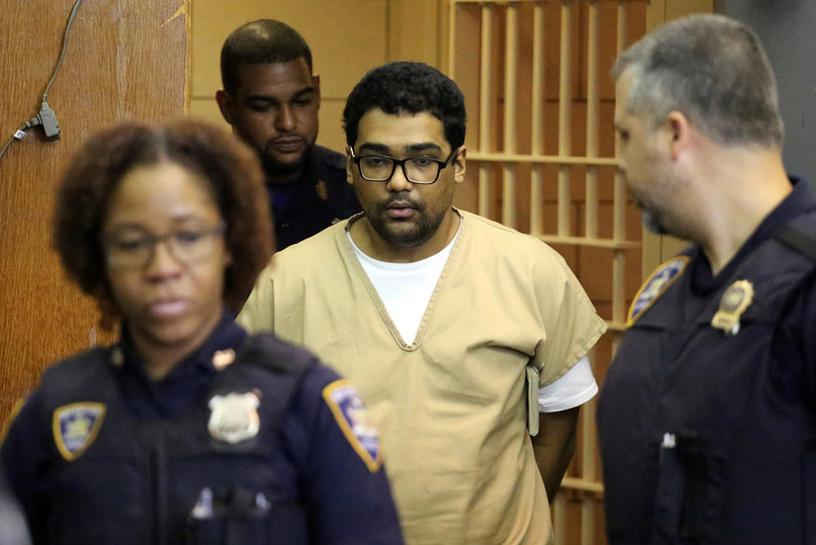 NEW YORK (Reuters) – The man accused of killing a woman and injuring 22 others by using his car to cut a three-block swath through the crowded sidewalks of New York’s Times Square denied all charges on Thursday related to the May attack, prosecutors said.

Rojas, a Navy veteran, drove his Honda sedan down Seventh Avenue on May 18 and made a U-turn, mowing down pedestrians on sidewalks for three city blocks before crashing, prosecutors said. His lawyer could not immediately be reached for comment.

Alyssa Elsman, an 18-year-old woman visiting from Michigan, was killed, while 22 other pedestrians suffered various injuries, some serious.

After the car crashed, the driver was subdued by onlookers and police as he tried to flee on foot.

Rojas previously told the New York Post in a tearful jailhouse interview shortly after the crash that he had unsuccessfully sought psychiatric care and had no recollection of the incident.

He was believed to be under the influence of some intoxicating substance, a police source previously told Reuters, while law enforcement officials told ABC News he was apparently high on synthetic marijuana.

Rojas has had numerous run-ins with the law over the past decade, according to Navy and public court records. He has had at least four prior arrests, including two for drunken driving and one for allegedly threatening a man with a knife outside his apartment in New York City’s Bronx borough.

While serving in the Navy in 2013, he spent two months in a military jail in South Carolina, though records do not disclose the reason.

Police warn of new scam advertising fake jobs for e-commerce platforms
Commentary: Booster shot for COVID-19: Not everyone needs it
China demands cancellation of UN meeting on Uyghurs
US condemns political use of vaccines after China-Taiwan tussle
Japanese journalist to be deported from Myanmar