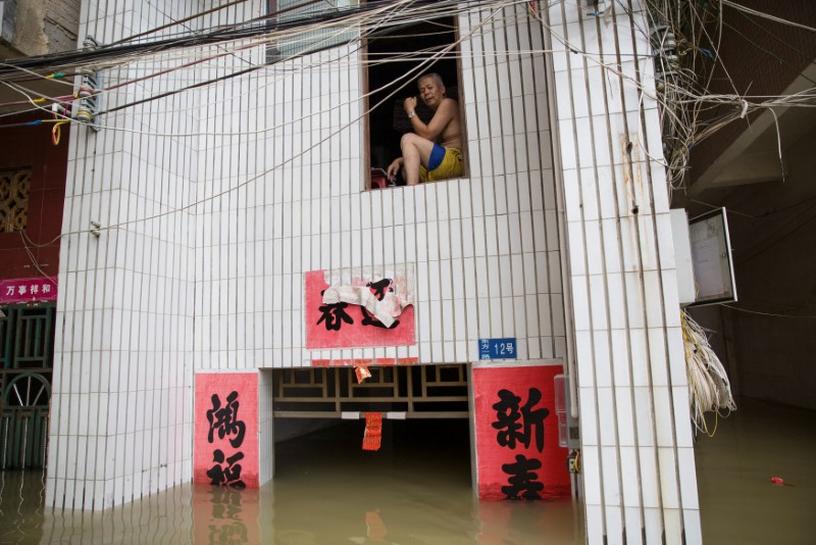 BEIJING Severe flooding across southern China has forced the world’s largest power plant to slash capacity on Tuesday, delayed grain on barges and damaged farms along the Yangtze River, as the death toll rose to 56 and economic costs hit almost $4 billion.

Heavy rainfall, mudslides and hail caused by the annual rainy season has killed 56 people and 22 people were missing across 11 provinces and regions as of Tuesday morning, according to the Ministry of Civil Affairs.

Rain in the southern provinces is expected to ease in the coming days, but weather forecasters predict downpours will move to the southwestern province of Sichuan.

In what analysts said was a move unprecedented in its scale, the Three Gorges and Gezhouba, two of China’s top hydropower plants, closed as much as two-thirds of their capacity to avert flooding further downstream on the Yangtze River.

The move stoked concerns about electricity supplies from China’s second-largest power source as a heatwave continued to scorch northern parts of the country, raising the export prices of coal, the fuel the country uses to produce most of its power.

The annual rainy season, which arrived in the second half of June, has hit southern Hunan province, one of the nation’s largest hog and freshwater fish producers, the most.

Zhang Yi, a purchase manager at a feed producer in Hunan, said he had three ships carrying about 5,000 tonnes of corn stuck on waterways near the port of Changsha, the capital of Hunan, since Friday.

Spot corn prices at major ports along the Yangtze and its tributaries, including Changsha, Nanchang in Jiangxi province, and Wuhan in Hubei province, have risen by 30 yuan to 1,800 yuan a ton since last week, according to data provided by China National Grain and Oils Information Center, a government think tank.

China usually transports corn from northern growing regions to the ports in the south. Then the grain is shipped along the Yangtze and its branches, to central and western provinces including Hunan, Hubei, and Sichuan.

Cao Delian, manager of the Dabeinong Changlin fish farm, estimated that he has lost about one-third of his carp due to the deluge.

“It’s the biggest loss we’ve seen in at least 5 years,” he told Reuters.

On Monday, a natural gas pipeline in Guizhou owned by China National Petroleum Corp collapsed due to a mudslide, causing an explosion that killed at least eight people and injured another 35.

In his office in Liuyang, a city near Changsha, Zhang was hoping water levels would continue to subside on Wednesday.

“I have stocks of corn that can last for four to five days. As long as it does not rain tomorrow, Changsha port can resume operation and I will get my corn offloaded,” Zhang said.