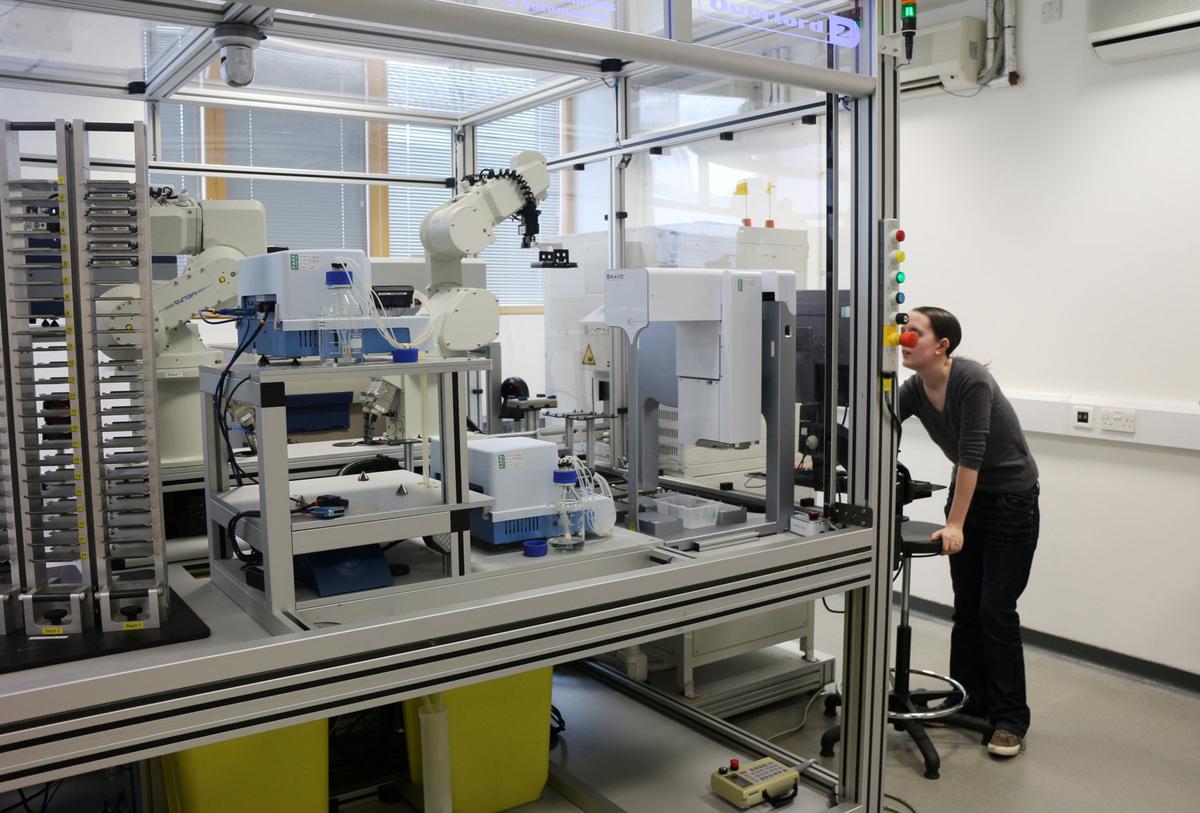 LONDON (Reuters) – Research carried out in part by an artificially-intelligent (AI)‘robot scientist’ has found that a common ingredient of toothpaste could be developed to fight drug-resistant strains of malaria.

In a study in the journal Scientific Reports, scientists from Britain’s Cambridge University who used the AI robot to conduct high-throughput screening said the ingredient, triclosan, showed the potential to interrupt malaria infections at two critical stages – in the liver and the blood.

Malaria kills around half a million people every year, the vast majority of them children in the poorest parts of Africa. The disease can be treated with a number of drugs, but resistance to these medicines is increasing, raising the risk that some strains may become untreatable in the future.

Because of this, the search for new medicines was becoming increasingly urgent, said Steve Oliver of Cambridge University’s biochemistry department, who co-led the work with Elizabeth Bilsland.

After being transferred into a new host via a mosquito bite, malaria parasites work their way into the liver, where they mature and reproduce. They then move into red blood cells, multiply and spread around the body, causing fever and potentially life-threatening complications.

Scientists have known for some time that triclosan can halt malaria parasites’ growth at the blood stage of the infection by inhibiting the action of an enzyme known as enoyl reductase (ENR), which is involved in production of fatty acids.

In toothpaste, this helps prevent a build-up of plaque bacteria.

In this latest work, however, Bilsland’s team found that triclosan also inhibits an entirely different enzyme of the malaria parasite, called DHFR.

DHFR is the target of the antimalarial pyrimethamine – a drug to which malaria parasites are increasingly developing resistance, particularly in Africa. The Cambridge team’s work showed that triclosan was able to target and act on this enzyme even in pyrimethamine-resistant parasites.

“The discovery by our robot colleague that triclosan is effective against malaria targets offers hope that we may be able to use it to develop a new drug,” said Elizabeth Bilsland, who co-led the work.

“We know it is a safe compound, and its ability to target two points in the malaria parasite’s lifecycle means the parasite will find it difficult to evolve resistance.”

The AI robot scientist used in the study – nicknamed Eve – was designed to automate and speed up the drug discovery process.

It does this by automatically developing and testing hypotheses to explain observations, running experiments using laboratory robotics, interpreting the results, altering the hypotheses, and then repeating the cycle.