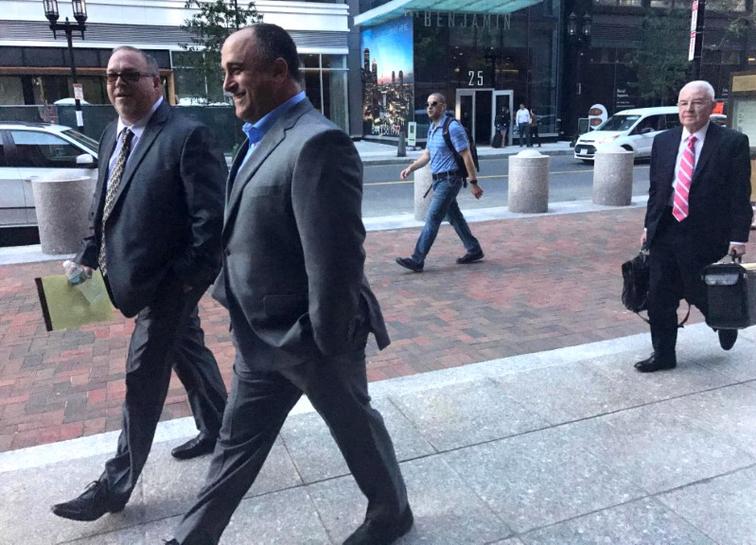 Assistant U.S. Attorney Laura Kaplan told jurors in Boston federal court that the Teamsters members went beyond the legitimate right of unions to protest by trying to secure paid jobs for work the non-union company did not need.

“This was all for wages for services not needed, not wanted and that others were already hired to perform,” Kaplan said in her opening statement. “That’s extortion.”

Defense lawyers said the men, John Fidler, Daniel Redmond, Robert Cafarelli and Michael Ross, were legally picketing outside the restaurant where “Top Chef” was filming as Teamsters Local 25 sought to negotiate jobs for its members.

“That is not extortion,” said Kevin Barron, Ross’s lawyer. “That is labor organization activity.”

The four men have pleaded not guilty to conspiracy and attempted extortion charges.

The trial has drawn intense attention for its focus on the Bravo TV reality show and connection to a city hall staffer separately charged with threatening another event for not using union workers.

Kaplan told jurors that on June 5, 2014 Redmond approached the show’s crew while it was filming at a hotel, demanded union members be hired as drivers and told a producer to call Mark Harrington, his union supervisor.

Several locations withdrew from participating in the show after the union threatened to picket them, prompting the production crew to film at the Steel & Rye restaurant in the suburb of Milton, Kaplan said.

Harrington, Redmond, Fidler, Cafarelli and Ross showed up at that restaurant and members of the group chest-bumped and threatened crew members and blocked food deliveries, she said.

“Ms Lakshmi will tell you she was paralyzed with fear,” Kaplan said.

Harrington was sentenced in December to six months in prison after pleading guilty.

Brissette has pleaded not guilty to separate charges he tried to withhold city permits for a music festival using non-union workers. Walsh, a Democrat and former union leader, has said he expects his administration’s members to obey the law.