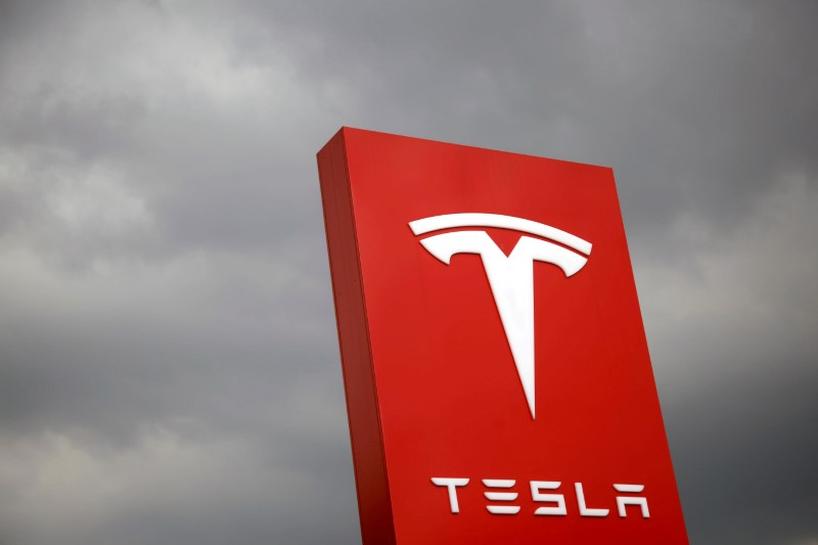 BOSTON (Reuters) – Top Tesla Inc (TSLA.O) investors Fidelity Investments and T. Rowe Price cut their holdings in the second quarter and indicated they were taking profits from the electric car maker stock, which is up 65 percent this year.

Sellers included Fidelity funds like Fidelity OTC Portfolio, which sold 1.62 million shares, or 43 percent of its position during the quarter, as well as funds managed by T. Rowe Price Group (TROW.O), including T. Rowe Price Growth Stock Fund (PRGFX.O), which sold 1.33 million shares during the quarter or 48 percent of its position, recent securities filings show.

Both funds remain among the ten largest fund investors in Tesla, according to Thomson Reuters data.

In total, institutional investors held 95.2 million shares of Tesla at the end of June, 10.7 million fewer shares than at the end of March, according to an analysis of filings by edgaronline.com.

Tesla did not immediately respond to a request for comment.

On Aug. 3 alone Tesla shares rose more than 6 percent as its quarterly earnings report fueled expectations its new Model 3 sedan would help turn the Palo Alto, California company into a mainstream carmaker. Tesla is now the highest valued U.S. car maker with a market capitalization of some $60 billion.

It had $3 billion cash on hand at June 30, reassuring investors who had worried after Chief Executive Elon Musk warned it would face six months of “manufacturing hell” in ramping up Model 3 production, and raised $1.8 billion in debt last week.

A quarterly commentary posted on Fidelity’s website for OTC Portfolio called Tesla a “market darling” that was the top contributor to the fund’s returns but noted some concerns.

“Some investors worried whether the Model 3 electric vehicle was ‘too good,’ with potential to cannibalize sales from Tesla’s more-expensive models,” it states. “We banked some profit by reducing our stake – at least for now,” the commentary says.

Asked about the stock sales, a spokesman for T. Rowe Price said in an e-mailed statement that “We’re not afraid to trim and take profits on appreciated stocks where appropriate. TSLA is still a significant holding in several of our portfolios and we continue to be excited about the Model 3 ramp.”

The company’s rapid rise and lack of profit has drawn concerns it could be overvalued. In a recent note to clients BMO Capital Markets economists noted how Tesla is worth more than Ford Motor Co (F.N) “even though the latter has 22 times more revenue and regularly makes a profit.”

About a fifth of the shares available for trading, or float, has been sold short by investors betting the stock will fall, according to S3 Partners, a financial analytics firm.

Reporting by Ross Kerber in Boston; Additional reporting by Svea Herbst-Bayliss in Boston and by Noel Randewich in San Francisco; Editing by Tim McLaughlin, Peter Henderson and Chris Reese