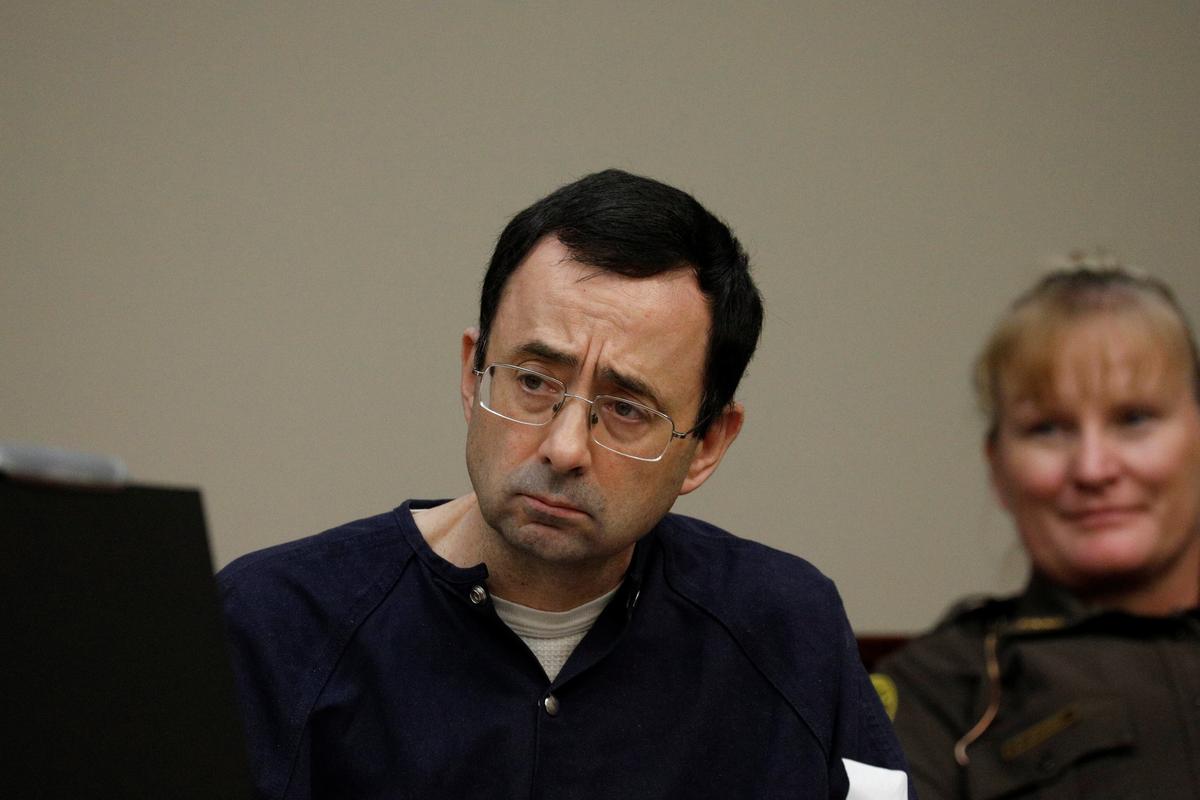 (Reuters) – Three USA Gymnastics board members resigned on Monday, bowing to demands for a shake-up at the sport’s governing body after revelations that the long-time national team doctor sexually abused dozens of female athletes, some as young as 10 years old.

The resignations came during the fifth day of stinging testimony by some of the sport’s biggest stars at an extended pre-sentencing hearing for the doctor, Larry Nassar, who pleaded guilty in November to 10 counts of molesting female gymnasts.

Many of the dozens of athletes and former athletes who testified said they felt angry at and betrayed by USA Gymnastics for ignoring their complaints. The young women accused the governing body of seeking to suppress their accounts in bid to avoid bad publicity about the national program.

After the announcement of the resignations, John Manly, a lawyer who represents 2012 Olympic gold medalist McKayla Maroney and some of Nassar’s other victims, said the change at the top was not sweeping enough and called on the federation to change its position that it had no duty to warn athletes about Nassar.

“Until that happens, this move is simply a public relations ploy to save a sinking ship,” he said in a statement.

The board announced the resignations of chairman Paul Parilla, vice chairman Jay Binder and treasurer Bitsy Kelley, who comprise the gymnastics governing body’s executive leadership team. No replacements were named.

“We believe this step will allow us to more effectively move forward in implementing change within our organization,” USA Gymnastics Chief Executive Katy Perry said in a statement.

Last March, USA Gymnastics Chief Executive Steve Penny resigned his post. A federation spokeswoman said the departing board members did not have any comment.

But Manly said the resignations did not go far enough and called on the remaining 18 board members to step down, saying they were also aware of the federation’s mishandling of the Nassar allegations.

He called on Congress to investigate the federation, the U.S. Olympic Committee (USOC) and Michigan State University, where Nassar, 54, worked for years as a physician in a sports clinic.

The USOC’s chief executive, Scott Blackmun said his organization has pressed USA Gymnastics to change its culture and leadership.

“New board leadership is necessary because the current leaders have been focused on establishing that they did nothing wrong,” Blackman said on Twitter. “USA Gymnastics needs to focus on supporting the brave survivors.”

During Nassar’s hearing in Ingham County Circuit Court in Lansing, Michigan, Olympic gold medalist Aly Raisman last week called for an independent investigation into U.S. Gymnastics and Olympic officials, who she said had the power to stop Nassar.

“It’s clear now that if we leave it up to these organizations, history is likely to repeat itself,” Raisman, 23, said.

Raisman was one of about 160 victims who are expected to make statements before the hearing wraps up later this week.

Prosecutors have asked for a sentence of 40 to 125 years for Nassar, who is already serving a 60-year sentence in federal prison on child pornography convictions.

Rick Burton, sports management professor at Syracuse University, said the leadership changes were crucial for USA Gymnastics to retain its sponsorships, which provide about a third of its funding.

“You can’t have elite athletes make those kinds of statements and not do anything,” he said in a telephone interview.

Appeal opens in Pakistan against acquittal of Briton convicted in Daniel Pearl killing
Leaders of Singapore, Malaysia hold talks on HSR project; announcement on further details to be ‘made in due course’
F&B outlets in Changi Airport Terminal 3, Junction Nine among locations visited by COVID-19 cases during infectious period
Biden will have to make early decision on North Korea: Adviser
Four killed, dozens wounded in Sri Lanka prison riot