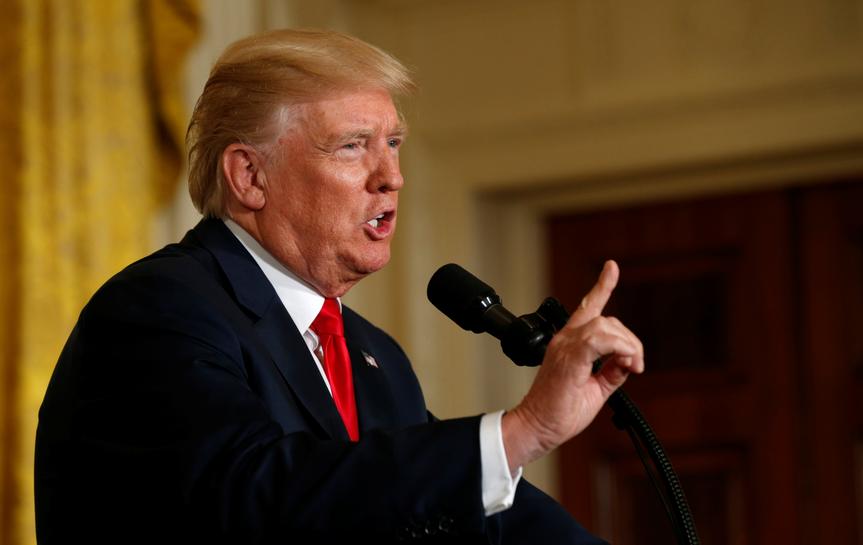 WASHINGTON (Reuters) – President Donald Trump is unlikely to win congressional support for funds he wants for a proposed U.S.-Mexico border wall before an Oct. 1 deadline, meaning he may have to choose between backing down on a key campaign promise or shutting down the government.

The second option was a politically dangerous one before Hurricane Harvey tore through southern Texas over the weekend and it now looks even riskier.

At a campaign-style rally in Phoenix last week, Trump doubled down on his earlier demands that Congress fund a Mexican border wall in government spending legislation, adding a clear threat. “If we have to close down our government, we’re building that wall,” he told supporters.

Since then, lawmakers who were already struggling to hammer out a stop-gap federal spending bill before Oct. 1 to avoid a shutdown have had to factor in Trump’s threat as well.

During his election campaign, Trump insisted Mexico would pay for the construction of the wall, which experts said could cost about $22 billion and take more than three years to complete.

With Mexico refusing to pay, Trump has said since taking office in January that the wall will initially need U.S. funding but that he will find a way to make Mexico ultimately pay for it.

A government shutdown would result if Congress is unable to agree on a spending deal or if Trump does not like the package and vetoes it. A veto would put Trump in a dangerous position of rejecting a bill approved by his own party.

“Shutting down the government would be a self-destructive act, not to mention an act of political malpractice,” Republican Representative Charlie Dent said in an interview.

Republicans firmly control the House of Representatives, but have only a narrow majority in the Senate, where at least eight Democratic votes will be needed to pass a spending bill.

Democratic leaders firmly oppose the border wall and appear to be in no mood to do Trump a favor by including funding now.

“Democrats aren’t feeling the heat over this,” Democratic strategist Jim Manley said, adding that “no Democrat is going to be cowed” by Trump’s threat to shut down the government.

Without Democratic support, current and former congressional aides from both parties said they expected Senate Republican leader Mitch McConnell, who has been sharply criticized by Trump in recent weeks, to opt for a spending bill without wall funding to get legislation to the president’s desk.

Dent said he expected the Senate would “strip out” $1.6 billion that had been set aside to start building the wall in a spending measure already passed by the House, and send it back to that chamber for another vote.

Dent voted for the wall funding the first time but said he would approve the spending measure without the wall money if that is what it takes to keep the government open.

Asked what Congress would do if Trump vetoes a spending bill, Dent said: “We’ll have to determine what our next steps will be, but I’m hopeful he’ll sign the bill.”

A stop-gap spending bill would keep the government open for several months with no major changes to spending programs while lawmakers work out a longer-term deal. The U.S. Congress has relied heavily on those short-term fixes – known as continuing resolutions – for many years.

Federal assistance for those affected by devastating floods triggered by Harvey could be attached to a new continuing resolution.

But Trump said on Monday the hurricane recovery effort had not caused him to reconsider the option of a government shutdown.

“I think it has nothing to do with it, really. I think this is separate,” he said at a news conference.

He said he hoped a government shutdown would not be needed but declined to rule it out. “If it’s necessary, we’ll have to see.”

If Trump signs a short-term extension without wall funding, it could delay the battle until December, when that legislation would likely expire.

Trump also said on Monday that the border wall was “imperative” in order to tackle drug trafficking and crime as well as illegal immigration.

The budget debate is also complicated by the need to finance support for victims of Harvey, the worst storm to hit Texas in more than 50 years, and find a deal on increasing the federal debt ceiling, which limits how much money the U.S. government can borrow.

One possible escape route for Trump could be separate legislation for funding the wall. John Cornyn, the No. 2 Republican in the Senate, has introduced legislation that would authorize $15 billion over four years for border security. That would still need the support of at least eight Senate Democrats.