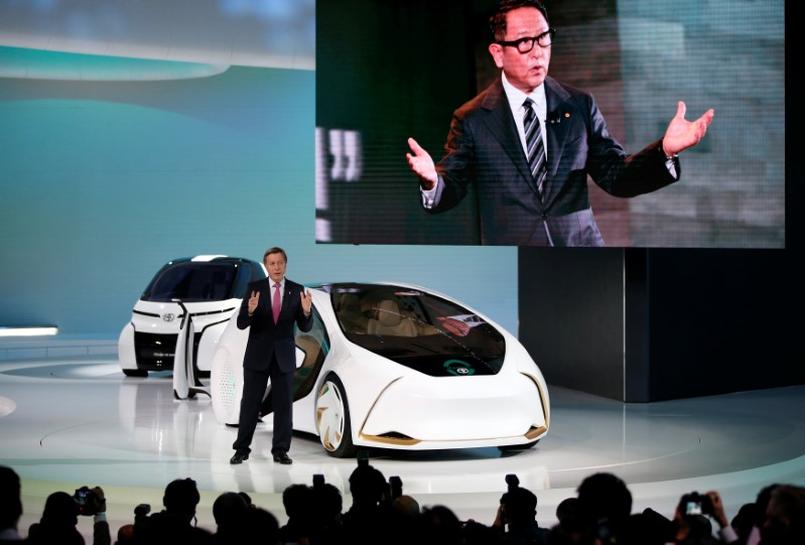 TOKYO (Reuters) – Toyota Motor Corp said its solid-state battery technology under development could be a “game changer” for electric vehicles, but that does not mean it is moving away from hydrogen-powered fuel-cell vehicles.

In doing so, it joins a rush of global automakers scrambling to develop more EVs, in large part due to China’s push to promote the technology as a way to reduce pollution in the world’s biggest car market.

“We believe our solid-state battery technology can be a game changer with the potential to dramatically improve driving range,” Executive Vice President Didier Leroy said at the Tokyo Motor Show, which opened to media on Wednesday.

Toyota plans to roll out a new electric vehicle in the early 2020s powered by solid-state batteries, which also promise to reduce the long charging times currently required.

Although China has heavily promoted electric cars, Japan has outlined plans to pioneer a hydrogen-fueled society.

Leroy noted that Toyota was introducing two new fuel-cell vehicles at the motor show, including the six-seater “Fine-Comfort Ride” concept car, with a cruising range of about 1,000 km (620 miles).

A production version of the second model, the “Sora” fuel-cell bus, will be launched next year, with more than 100 expected to be sold, mainly in Tokyo, ahead of the 2020 Olympic and Paralympic Games to be held in the city.

Anwar claims parliamentary majority: What are the potential implications for Malaysia’s political scene?
At least 10 dead after building collapses in India, many feared trapped
NUS plans to form College of Humanities and Sciences next year
India’s new COVID-19 infections at lowest in almost a month
Bollywood star Deepika Padukone questioned in drugs probe