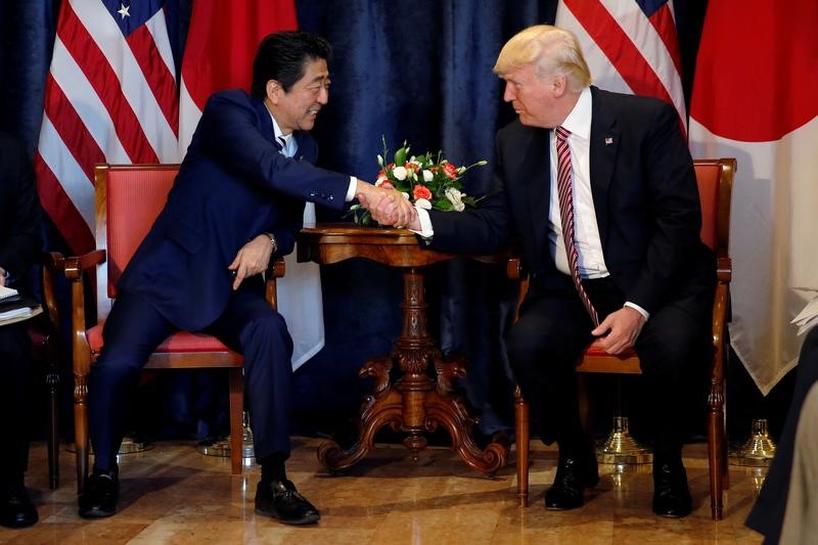 TOKYO U.S. President Donald Trump and Japanese Prime Minister Shinzo Abe confirmed in phone talks that they would step up pressure on North Korea in cooperation with South Korea, a Japanese government spokesman said on Monday.

The bilateral talks were aimed at confirming close cooperation among the United States, Japan and South Korea before a Group of 20 summit meeting to be held in Hamburg, Germany, later this week, the spokesman said.