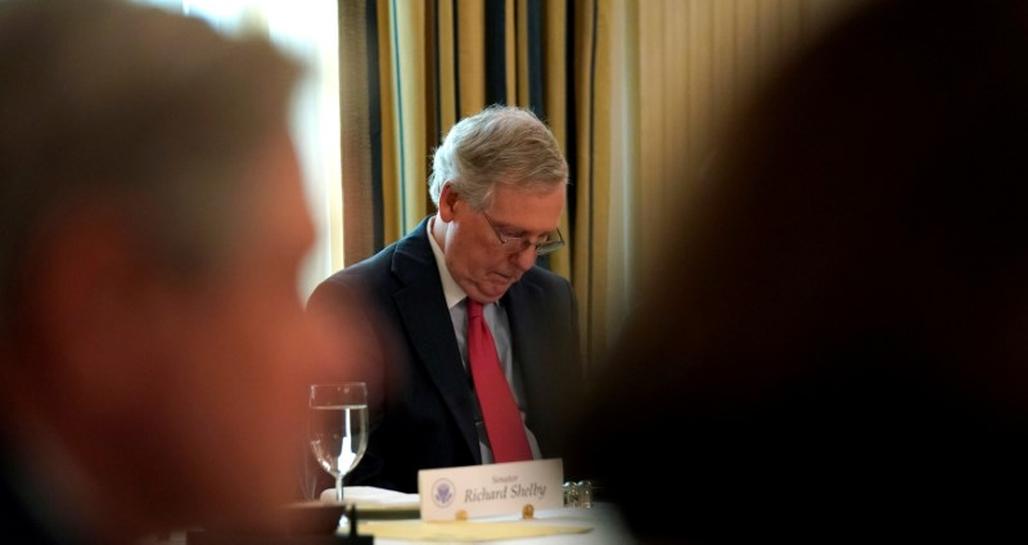 WASHINGTON (Reuters) – U.S. President Donald Trump stepped up an attack on his own party’s Senate leader on Thursday, taking out his frustration over Republicans’ failure to repeal Obamacare on a veteran lawmaker whose support he needs to pass any major legislation.

Trump assailed Senate Majority Leader Mitch McConnell in Twitter posts on Wednesday and Thursday. He was responding to a speech in which McConnell said Trump had “excessive expectations” of Congress on matters like healthcare and did not understand how long it can take to pass complex bills.

“Senator Mitch McConnell said I had “excessive expectations,” but I don’t think so. After 7 years of hearing Repeal & Replace, why not done?” Trump said in a tweet on Wednesday from Bedminster, New Jersey, where he is on vacation.

A McConnell spokesman did not comment on Trump’s tweets.

Alienating the Senate majority leader could make it far more difficult for Trump to achieve his legislative goals, which include tax cuts and a boost in infrastructure spending as well as healthcare reform.

Trump urged McConnell to get all this done quickly, tweeting later in the day: “Mitch, get back to work and put Repeal & Replace, Tax Reform & Cuts and a great Infrastructure Bill on my desk for signing. You can do it!”

The president has failed to notch up a major legislative win since taking office in January, although Republicans control both the Senate and House of Representatives. The administration has also been mired in investigations into contacts between his presidential campaign and Russia, and distracted by infighting among high-level White House staff.

McConnell’s efforts to push through a healthcare bill collapsed last month when he was unable to reconcile differences between conservative and moderate Senate Republicans. The House passed its version of a healthcare bill in May.

The president harangued Republican senators on Twitter for much of the summer, urging them not to be “quitters” on healthcare reform.

However, some Republicans faulted Trump for not making a greater push on healthcare.

Republican strategist Doug Heye said Obama was personally involved in efforts to pass Obamacare for over a year, making speeches and holding meetings. “That level of effort was not there” from Trump, said Heye, who was deputy chief of staff for former House Majority Leader Eric Cantor.

Heye said it was difficult to see how Trump’s tweets make it easier to pass healthcare reform or other items on the Republican agenda, such as tax reform.

“It hurts the process moving forward, not just on Obamacare but on anything that will be contentious, and clearly there are going to be a lot of contentious issues in the coming weeks,” Heye told Reuters. “This is where we should all be working together, and that clearly is not happening.”

New to ‘This Line of Work’

McConnell, in a speech on Monday in his home state of Kentucky, said there had been too many artificial deadlines around legislation and the president was disappointed when lawmakers did not meet them.

“Our new president, of course, has not been in this line of work before. And I think he had excessive expectations about how quickly things happen in the democratic process,” McConnell said in the speech in Florence, Kentucky, which was posted on Facebook by the local Rotary Club.

McConnell also said he would not impose an artificial deadline on getting tax reform done. The White House has said it hopes for votes on tax legislation in both chambers by November.

Asked about reports that Trump had a tense phone call with McConnell on Wednesday about his speech, White House spokeswoman Sarah Sanders said only: “You can see the president’s tweets. Obviously there’s some frustration.”

Trump has also repeatedly has urged lawmakers to change Senate rules so Republicans would need only 51 votes, instead of 60, to pass most legislation. The party holds a slim majority in the 100-seat chamber.

McConnell has brushed this point aside, noting that on healthcare the Republicans had not been able to find even 50 votes. “It’s pretty obvious on healthcare our problem was not the Democrats,” McConnell said on Aug. 1.

The blame game between the president and McConnell came as opinion polls this week showed public approval rating for Congress as well as for Trump dipping to new lows.

Thailand negotiating to buy 5 million to 10 million doses of Pfizer-BioNTech COVID-19 vaccine: PM
In traffic-choked Jakarta, volunteer motorcyclists help ambulances weave through congestion
New COVID-19 cluster in Singapore linked to imported case who was ‘probably reinfected’ in India
Surviving recession: I was laid off twice within months. Now I help others like me find jobs
Censors Curb Article by Former Premier Wen Jiabao Calling For ‘Justice’ in China