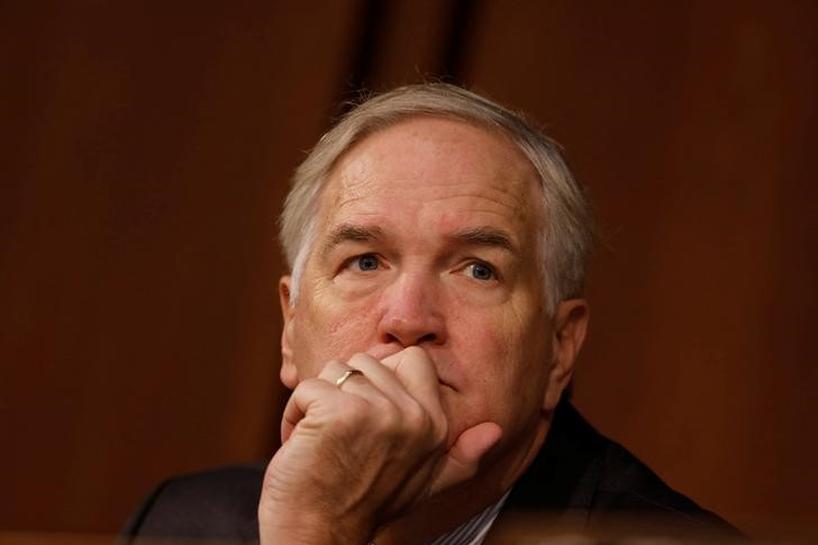 (Reuters) – A Republican candidate backed by President Donald Trump for a U.S. Senate seat from Alabama is expected to finish a distant second in a primary election on Tuesday, but will still have enough votes to advance to a run-off, local news projected.

In the election for the seat vacated by Republican Jeff Sessions when he became U.S. attorney general, Luther Strange, who was appointed to the seat and was backed by Trump, will move to the Republican primary along with former Alabama Supreme Court Chief justice Roy Moore, the projections said.

Strange, a former Alabama attorney general, has close ties to Senate Majority Leader Mitch McConnell, who has been feuding with Trump lately over stalled effort to pass health care reform.

Strange scored the president’s surprise endorsement last week and Trump reiterated his support for Strange in an automated phone call to voters on Monday.

“He’s helping me in the Senate,” Trump said. “He’s going to get the tax cuts for us. He’s doing a lot of things for the people of Alabama.”

Moore was effectively ousted as Alabama’s chief justice in 2016 for defying the U.S. Supreme Court’s ruling legalizing gay marriage. It was the second time that he was suspended from the bench. The first was in 2003 after refusing a federal court order to remove a monument of the Ten Commandments from the courthouse.

U.S. Representative Mo Brooks came in third in the Republican primary and will not advance to the Sept. 26 runoff. The top candidates have battled for weeks over which of them is most supportive of Trump’s legislative agenda.

In the Democratic primary, Doug Jones, a former U.S. attorney backed by former Vice President Joe Biden, is projected to be the outright winner and a long shot to win the seat in the Republican-dominated state.