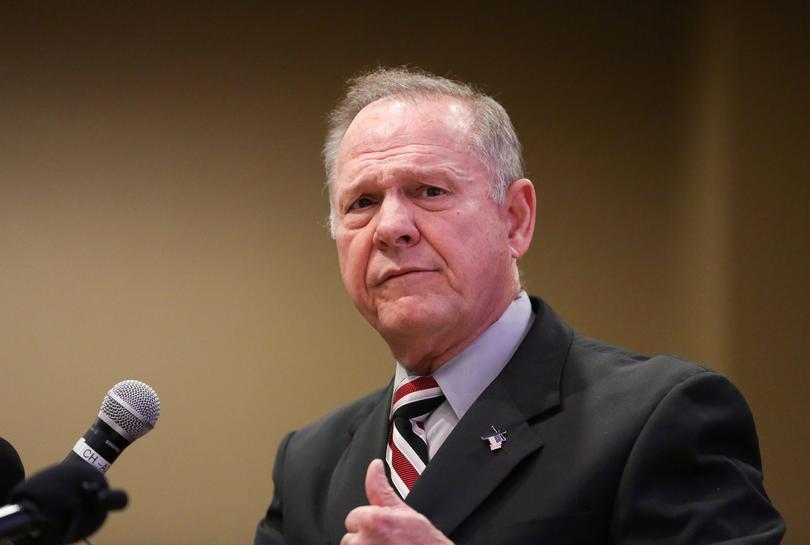 WASHINGTON (Reuters) – President Donald Trump endorsed U.S. Senate candidate Roy Moore on Monday, throwing his weight behind the embattled Alabama Republican before a special election next week that has been rocked by allegations of sexual misconduct.

In a post on Twitter, Trump said Republicans needed Moore to win to secure votes on key issues such as immigration.

“Democrats refusal to give even one vote for massive Tax Cuts is why we need Republican Roy Moore to win in Alabama,” he wrote.

It was Trump’s strongest expression of support for Moore since the sexual misconduct accusations surfaced against the former Alabama judge last month. Moore, who has denied the allegations, responded by saying he was thankful for Trump’s backing.

While the White House has said Trump would not campaign for Moore, he is scheduled to hold a rally on Friday in Pensacola, Florida, adjacent to Alabama.

On Monday, Trump said having a Democrat win the Dec. 12 election “would hurt our great Republican Agenda.”

The Alabama Republican Party also has backed Moore even as some Republicans in Congress have remained distant.

Senate Majority Leader Mitch McConnell last month said he believed Moore’s accusers and joined other senators in urging him to quit the race. But on Sunday McConnell said it was up to Alabama voters to decide whether to send Moore to Washington.

Moore led Jones by six percentage points in a CBS News poll released on Sunday, with most Alabama Republicans saying the allegations against him are false.

Several women have accused Moore of sexual assault and misconduct when they were teenagers and Moore was in his early 30s. Reuters has not independently verified the reports.

White House legislative affairs director Marc Short said after Trump’s endorsement that the president had expressed concern about the allegations but also questioned why they surfaced decades later.

“He’s encouraged the people of Alabama to make the right decision,” Short told CNN on Monday.

Moore, 70, returned to the campaign trail last week calling the allegations against him “dirty politics.”