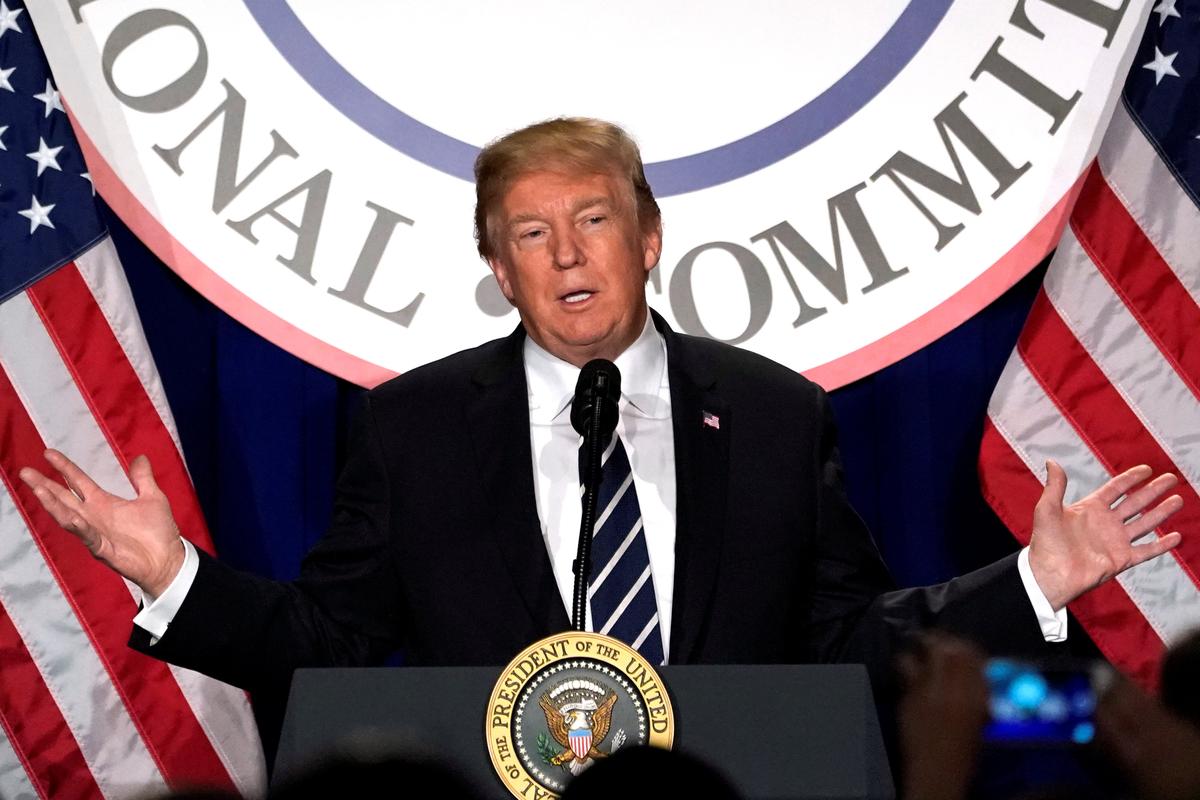 WASHINGTON (Reuters) – U.S. President Donald Trump on Friday accused the FBI and the Justice Department’s top officials of politicizing its investigations as the White House prepared to approve the release of a controversial secret Republican memo alleging FBI bias against him in its Russia probe.

“The top Leadership and Investigators of the FBI and the Justice Department have politicized the sacred investigative process in favor of Democrats and against Republicans – something which would have been unthinkable just a short time ago,” Trump said on Twitter, even as he backed rank- and-file employees.

Representatives for the Federal Bureau of Investigation and the Justice Department could not be immediately reached for comment.

The FBI earlier this week expressed “grave concerns about material omissions of fact” in the Republican memo, which was seen as having the potential to prompt high-level resignations in U.S. law enforcement agencies if released.

FBI Director Christopher Wray was appointed by Trump after the president fired predecessor James Comey. There has been speculation that Wray might resign if Trump allows release of the memo. An association representing FBI agents has backed Wray’s stance.

A White House official said on Thursday Trump was likely to give Congress approval on Friday to release the document that has gripped Washington and further inflamed tensions between the Republican president and the nation’s top domestic law enforcement agency.

The four-page document has become a flashpoint in a wider battle between Republicans and Democrats over special counsel Robert Mueller’s criminal probe into potential collusion between Trump’s 2016 presidential campaign and Russia. The probe grew out of the FBI’s Russia investigation after Trump fired Comey.

Russia has denied collusion and Trump has called the probe a “witch hunt.”