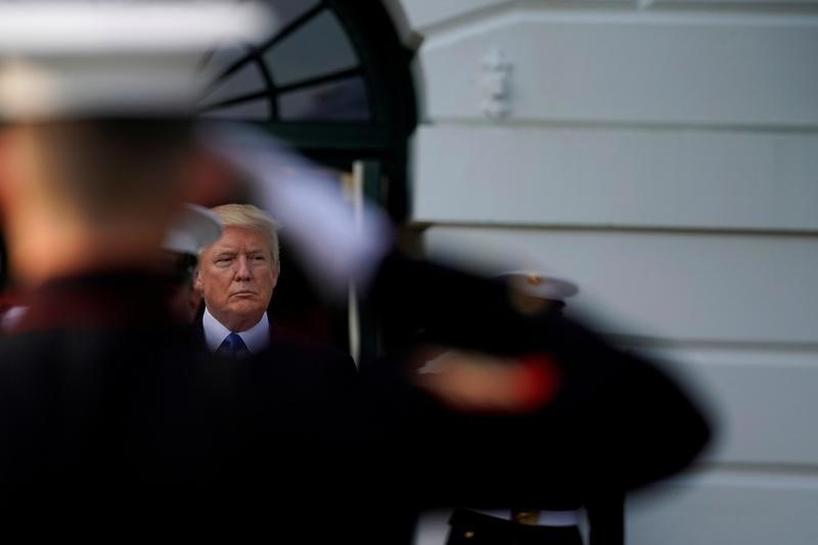 WASHINGTON President Donald Trump lashed out on Saturday at the growing number of states refusing to give voters’ names, addresses and sensitive personal information to a commission he created to investigate alleged voter fraud.

“Numerous states are refusing to give information to the very distinguished VOTER FRAUD PANEL,” he wrote on Twitter. “What are they trying to hide?”

More than 20 states, including Virginia, Kentucky, California, New York and Massachusetts, have declined to provide some or all of the information, saying it was unnecessary and violated privacy.

“This commission was formed to try to find basis for the lie that President Trump put forward that has no foundation,” Kentucky Secretary of State Alison Lundergan Grimes told Reuters previously in an interview.

The Republican president has made unsubstantiated claims that millions of people voted illegally for his Democratic rival, Hillary Clinton, in last November’s election.

The request from commission Vice Chairman Kris Kobach has caused a backlash from state election officials.

Indiana Secretary of State Connie Lawson said in a statement on Friday that while certain voter information is available to the public, the media, and any other person who requests the information, “the information is restricted to name, address and congressional district assignment.”

Mississippi Secretary of State Delbert Hosemann had said in a statement that he did not see the letter but would rebuff the commission.

“They can go jump in the Gulf of Mexico, and Mississippi is a great state to launch from,” he said.

Trump won the White House through victory in the Electoral College, which tallies wins in states, but he lost the popular vote to Clinton by some 3 million votes. He has claimed he would have won the popular vote had it not been for voter fraud.

Civil rights activists say the commission will encourage voter suppression by justifying new barriers to voting, such as requiring identity cards to vote.