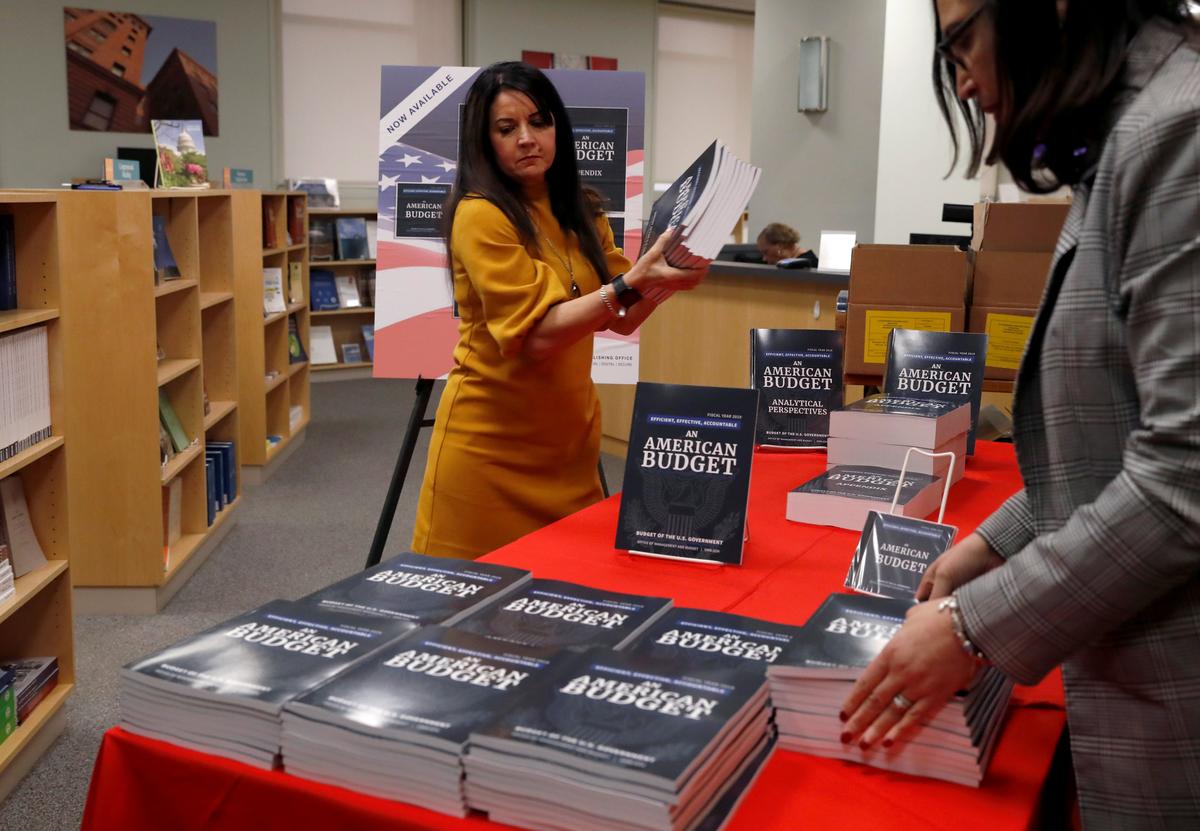 WASHINGTON (Reuters) – President Donald Trump proposed a budget on Monday that calls for cuts in domestic programs and seeks a sharp increase in military spending and funding for a wall on the Mexican border.

Presidential budgets are rarely enacted by the U.S. Congress, which controls federal purse strings, but they allow the White House to lay out its priorities for the year.

In a bid to show conservatives that the administration is embracing some fiscal discipline, the plan calls for deep cuts in non-military spending that would lower the federal budget deficit by more than $3 trillion over 10 years.

But those cuts fly in the face of a two-year budget deal passed last week by Congress that raised spending limits on both military and domestic programs by $300 billion.

That agreement makes the president’s budget request even less relevant than it would be normally because Congress has already locked in its own spending priorities.

The Trump administration says, however, that Congress need not spend all of the money called for by the deal, particularly with regard to domestic spending.

The budget plan calls for spending $57 billion less in fiscal year 2019 than the bipartisan agreement allows. If ever brought into force, the cuts could slash programs for the poor that provide housing and healthcare.

The proposal also calls for overhauling Medicare and Medicaid, two government-funded healthcare programs that are widely popular. Trump vowed on the campaign trail to leave them untouched, but the budget plan argues they can be made more efficient without harming recipients.

The proposed cuts drew a rebuke from the top Democrat on the House of Representatives Budget Committee, John Yarmuth.

”These cuts to critical federal investments are so extreme they can only reflect a disdain for working families and a total lack of vision for a stronger society,” he said in a statement.

The budget forecasts annual gross domestic product growth of at least 3 percent over the next three years, an aggressive target that is crucial to help cover the cost of the $1.5 trillion tax cuts passed by the Republican-controlled Congress in December.

Still, given the swelling of the federal debt in the wake of the tax bill and the two-year budget agreement, Trump’s proposal notably abandons the objective of eliminating the federal budget deficit after 10 years, a longstanding goal of fiscal conservatives.

Trump’s $4.4 trillion budget proposal provides for $716 billion in spending on military programs and for maintaining the U.S. nuclear arsenal,

It includes $200 billion for rebuilding the nation’s infrastructure, and outlays $23 billion for border security — most of it for the building of a wall on the border with Mexico to stop illegal immigration.

The wall is a key item for Trump’s political base of supporters but is opposed by Democrats. The issue has become a sticking point in talks to keep alive a federal program to spare from deportation so-called “Dreamers”– children brought to the country by illegal immigrant parents.

It also requests funding for more judges and attorneys to handle cases of illegal immigration.

In keeping with another Trump campaign promise, the budget provides for $200 billion in federal funds intended to spur $1.5 trillion in infrastructure investments with state, local and private partners over the next 10 years — an ambitious program that will have to be approved by Congress.

The budget also seeks some $13 billion in new funding over the next two years to combat the opioid epidemic.

The proposal increases U.S. contributions to the United Nations, an organization that Trump has repeatedly criticized, by 4.5 percent. The budget explains the increase as supporting American interests, including “drug control, crime and terrorism prevention, and trade promotion.”