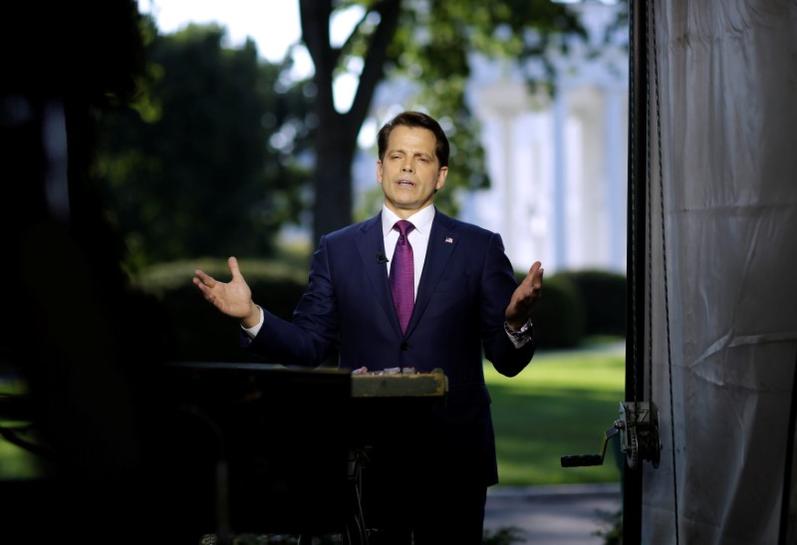 WASHINGTON (Reuters) – U.S. President Donald Trump could veto pending legislation that would slap new sanctions on Russia in order to push for a tougher deal, a top White House aide said on Thursday.

“He may sign the sanctions exactly the way they are or he may veto the sanctions and negotiate an even tougher deal against the Russians,” White House Communications Director Anthony Scaramucci told CNN.

His comments came after U.S. lawmakers reached an agreement on Wednesday clearing the way for the Senate to pass a measure as soon as this week to impose new sanctions on Russia and bar the president from easing sanctions on Moscow if Congress objects.

The bill, which also includes sanctions on Iran and North Korea, has enough bipartisan support that lawmakers could easily override the threatened veto.

There was no immediate word on when the Senate would vote on the measure, but members of both parties have said they want to send it to Trump before they leave Washington mid-month for their summer recess.

Senate Democratic Leader Charles Schumer said Democrats would work with Republicans to move the bill quickly, adding that Congress would swiftly override if Trump were to veto the measure.

Trump’s fellow Republicans as well as Democrats have pushed for more sanctions partly as a response to findings by U.S. intelligence agencies that the Kremlin interfered in the 2016 U.S. election to boost Trump’s campaign.

Several congressional committees and a federal special counsel are investigating possible collusion between Moscow and Trump’s campaign, something denied by both Trump and the Kremlin.

Russia warned it could retaliate, and the European Union said the new sanctions might affect its energy security and prompt it to act, too.

The House of Representatives has already approved the sanctions. If passed by the Senate as expected, the bill would be sent to the White House for Trump to sign or veto.

Scaramucci cast the president’s consideration of a possible veto as something that would appeal to core supporters.

However, Trump can impose new sanctions on Russia at any time through an executive order.

Lawmakers said the administration has spent weeks lobbying for a weaker bill. Trump’s concerns include a provision letting Congress stop any effort to ease existing sanctions on Russia.

The bill would affect a range of Russian industries and might further hurt the Russian economy, already weakened by 2014 sanctions imposed after the Ukraine crisis.

An adviser to Russian President Vladimir Putin told Reuters that any tightening of the sanctions should not have a deeper impact but hope they would be lifted has faded.