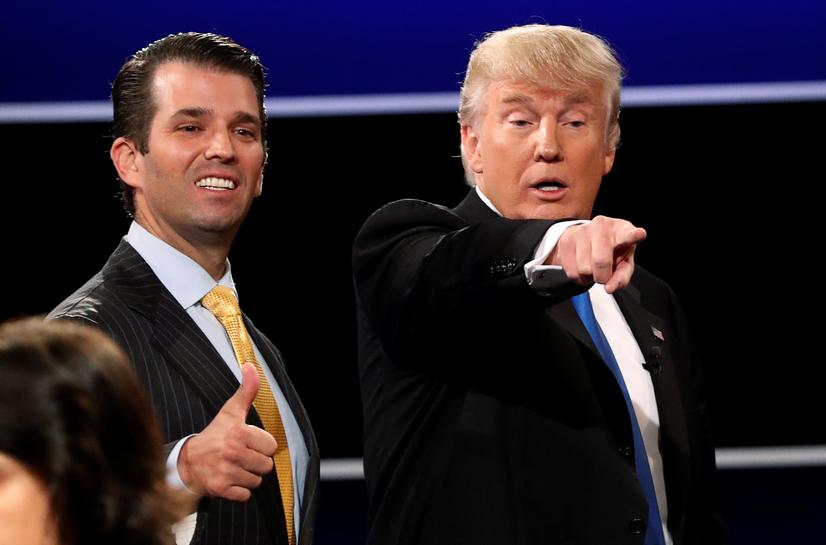 Trump Jr. released a series of emails on Tuesday that revealed he had eagerly agreed to meet a woman he was told was a Russian government lawyer who might have damaging information about Democratic rival Hillary Clinton as part of Moscow’s official support for his father.

Trump Jr., in a Fox News television interview later Tuesday, said: “In retrospect, I probably would have done things a little differently.”

The president, after initially releasing a statement on Tuesday calling his son “high-quality,” on Wednesday praised the TV appearance and repeated his condemnation of investigations and media coverage of the Russia investigations.

“He was open, transparent and innocent. This is the greatest Witch Hunt in political history. Sad!” Trump wrote on Twitter.

The emails offered the most concrete evidence to date that Trump campaign officials embraced Russian help to win the election, a subject that has cast a cloud over Trump’s presidency and spurred multiple investigations.

The Justice Department and Congress are both investigating alleged Russian interference in the November election and any possible collusion with Trump’s campaign.

Moscow has denied meddling. On Wednesday, Russian Foreign Minister Sergei Lavrov again hit back against the accusations and questioned why Trump’s son was being blamed over the meeting.

Trump has said his campaign did not collude with Russia.

Trump Jr.’s correspondence does not appear to provide evidence of illegal activity but is likely to draw scrutiny from investigators.

Legal experts said the president’s son could run into trouble if investigators find he aided a criminal action, such as hacking into Democratic computer networks, or violated campaign finance laws by accepting gifts from foreign entities.

Trump Jr., on Fox, pledged to cooperate with investigators, and said he did not tell his father about the meeting.

One of the president’s personal attorneys, Jay Sekulow, in a round of TV interviews on Wednesday said Trump Jr.’s meeting was not a violation of the law and that the president was unaware of the meeting and the emails until recently.

The latest developments jarred financial markets on Tuesday as investors worried it was another distraction from the administration’s economic agenda.

COVID-19: Philippines’ Duterte keeps 1m social distancing rule
With the coronavirus still in our midst, what does the future hold for the workplace?
Hong Kong Police Arrest Joshua Wong Over Mask Ban Protest
At least 10 dead after building collapses in India, many feared trapped
Uyghurs Under 65 Now Banned From Daily Prayers Required by Their Faith