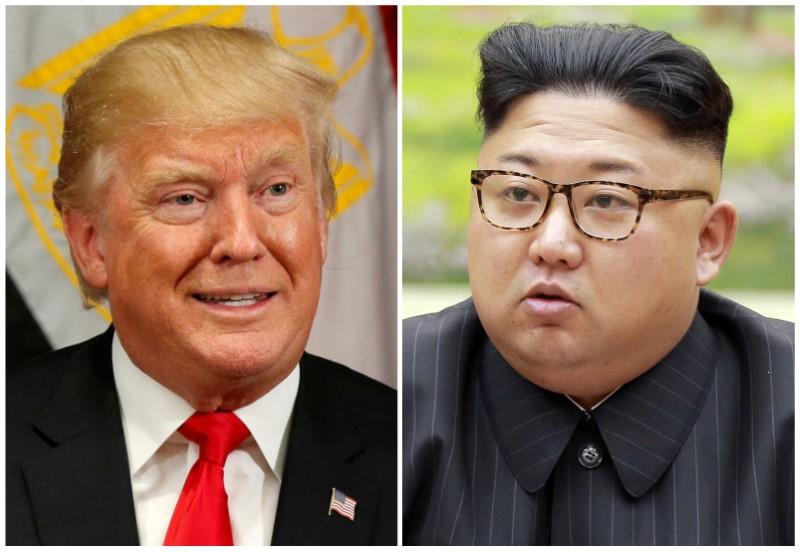 PALM BEACH, Fla. (Reuters) – U.S. President Donald Trump on Sunday disputed a newspaper’s account of an interview with him last week in which he was quoted as saying he probably had a “very good relationship” with North Korean leader Kim Jong Un.

Accusing the Wall Street Journal of misquoting him, Trump said in tweets that he told the newspaper on Thursday that “I’d probably” have a good relationship with Kim, using a conditional tense, which he insisted was a “big difference.”The White House released a portion of the audio from the interview that it said showed Trump said “I‘d.” The Wall Street Journal released its own audio that it said backed up its version of the events.

The Trump comment was important because any hint that there had been direct contacts between the two leaders, who have exchanged threats and insults, would suggest a major shift in the U.S.-led pressure campaign against Pyongyang over its nuclear and missile programs.

Trump has derided the North Korean leader as a “maniac” and referred to him disparagingly as “little rocket man.” Kim has responded by calling the U.S. president a “mentally deranged U.S. dotard.”

Fears of war have eased somewhat after the first round of intra-Korean talks in more than two years last week, which Trump has welcomed, ahead of February’s Winter Olympics hosted by South Korea. North Korea has said it will participate in the Games.

But a false emergency alert of an impending missile attack issued by Hawaii state authorities on Saturday underscored the threat from North Korea, which is developing a nuclear-tipped missile capable of hitting the United States.

“We’ll see what happens,” Trump told reporters in Florida on Sunday when asked what he would do to resolve the North Korea standoff.

He cited upcoming meetings, possibly a reference to further talks planned between North and South Korea. ”Hopefully it’s all gonna work out,“ Trump added. ”We have great talks going on, the Olympics you know about, a lot of things can happen.”

In the Wall Street Journal interview, Trump was asked whether he had spoken with the North Korean leader.

Trump, who is spending a long weekend at his oceanfront Mar-a-Lago club in Palm Beach, Florida, tweeted on Sunday: “Obviously I didn’t say that. I said ‘I’d have a good relationship with Kim Jong Un,’ a big difference. Fortunately we now record conversations with reporters … and they knew exactly what I said and meant. They just wanted a story. FAKE NEWS!”

A White House official said the delay in publicly disputing the Journal’s account was the result of a failed attempt to get the paper to correct the record.

“The reason there was a delay is because we had several calls and emails with WSJ, starting Friday morning, asking them to issue a correction. They refused and so we pushed out our own clarification,” the official said.