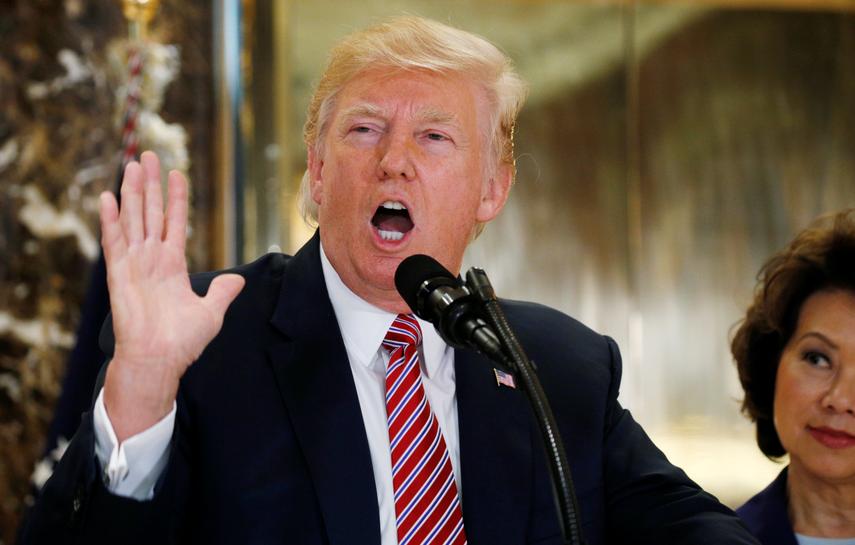 WASHINGTON/NEW YORK (Reuters) – U.S. President Donald Trump disbanded two high-profile business advisory councils on Wednesday after corporate CEOs quit in protest at his remarks blaming violence in Charlottesville, Virginia, not only on white nationalists but also on the protesters who opposed them.

A parade of prominent Republicans and U.S. ally Britain rebuked Trump after his Tuesday comments on Saturday’s bloodshed further enveloped his seven-month-old presidency in controversy and paralyzed his policy aims.

Trump announced the break-up of the advisory councils after 3M Co’s (MMM.N) Inge Thulin became the latest of several chief executives to leave Trump’s American Manufacturing Council, and the president’s Strategic and Policy Forum broke up of its own will.

“Rather than putting pressure on the businesspeople of the Manufacturing Council & Strategy & Policy Forum, I am ending both,” Trump wrote on Twitter.

A former senior Trump administration official raised the prospect that some White House officials could quit because of Trump’s comments.

McConnell, who last week drew Trump’s ire over the Senate’s failure to pass healthcare legislation, issued a statement saying “messages of hate and bigotry” from white supremacists, the Ku Klux Klan and neo-Nazi groups should not be welcome anywhere in the United States. McConnell’s statement did not mention Trump by name.

“We can have no tolerance for an ideology of racial hatred. There are no good neo-Nazis, and those who espouse their views are not supporters of American ideals and freedoms. We all have a responsibility to stand against hate and violence, wherever it raises its evil head,” McConnell said.

U.S. stocks had been trading near the day’s high when the latest trickle of CEO resignations emerged in early afternoon and the market weakened substantially.

U.S. President Donald Trump speaks about the violence, injuries and deaths at the “Unite the Right” rally in Charlottesville as he talks to the media with Secretary of Transportation Elaine Chao (R) at his side in the lobby of Trump Tower in Manhattan, New York, U.S., August 15, 2017.Kevin Lamarque

In light of the developments, investors moved into the safety of U.S. Treasury debt, sending their yields, which move in the opposite direction to bond prices, to their lows of the day. The benchmark 10-year note US10YT=RR yield was last down 2 basis points to yield 2.24 percent.

‘Blame on Both Sides’

Trump’s remarks on Tuesday were a more vehement reprisal of his initial response to Saturday’s bloodshed around a white nationalist rally.

In his comments at a heated news conference in New York on Tuesday, Trump said “there is blame on both sides” of the violence in Charlottesville, and that there were “very fine people” on both sides.

Kasich said there was no moral equivalency between the Ku Klux Klan, neo-Nazis and anybody else.

“This is terrible. The president of the United States needs to condemn these kind of hate groups,” Kasich said on NBC’s “Today” show. Failure to do so gave such organizations a sense of victory and license to hold more events elsewhere, said Kasich, one of Trump’s rivals for the Republican nomination in the 2016 presidential election.

In London, British Prime Minister Theresa May offered a rare rebuke of Trump by one of the United States’ closest foreign allies.

“I see no equivalence between those who propound fascist views and those who oppose them and I think it is important for all those in positions of responsibility to condemn far-right views wherever we hear them,” May told reporters when asked to comment on Trump’s stance.

May has been widely criticized by political opponents in Britain for her efforts to cultivate close ties with Trump since he took office in January.

Vice President Mike Pence, who is cutting short a trip to Latin America, said at a news conference in Chile that “I stand with the president and I stand by those words.”

Reporting by Jeff Mason and Susan Heavey; Additional reporting by Steve Holland, Makini Brice and Mohammad Zargham in Washington; Writing by Will Dunham; Editing by Frances Kerry and Howard Goller

More than S$1.2 million seized, 28 people arrested in raid on remote gambling syndicate
US, Japan show united front on China in Biden’s first summit
NSman tests positive for COVID-19 before in-camp training; new cluster linked to NUS employee
Analysts expect private home prices to rise further on tight supply and strong demand
The true cost of the demand for cheap clothes, to you and the environment