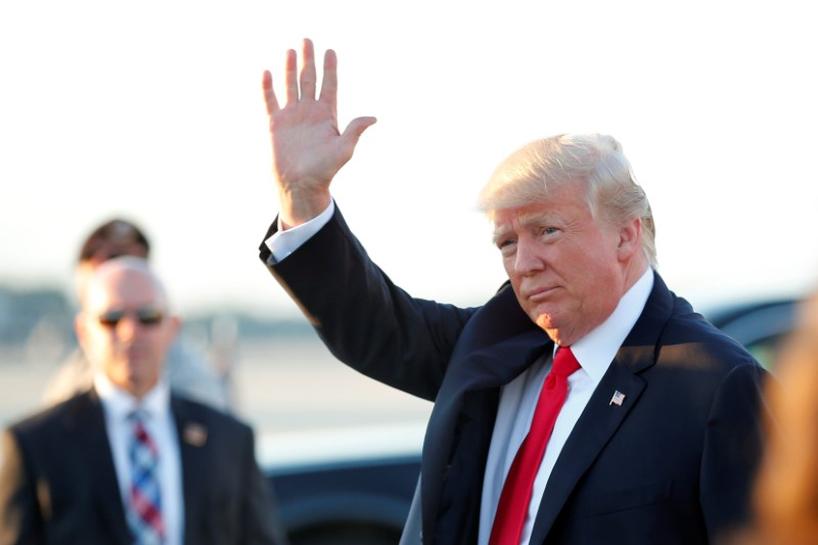 BRIDGEWATER, N.J. U.S. President Donald Trump spoke separately to the leaders of Saudi Arabia, Abu Dhabi and Qatar on Sunday to discuss his “concerns about the ongoing dispute” between Qatar and its Gulf and Arab neighbors, the White House said.

“He reiterated the importance of stopping terrorist financing and discrediting extremist ideology. The president also underscored that unity in the region is critical to accomplishing the Riyadh Summit’s goals of defeating terrorism and promoting regional stability,” the White House said.

“President Trump, nevertheless, believes that the overriding objective of his initiative is the cessation of funding for terrorism,” it said.

Qatar faces possible further sanctions by Arab states that have severed ties with Doha over allegations of links to terrorism. A deadline to accept their demands was originally expected to expire on Sunday night before Saudi Arabia and three allies agreed to a request from Kuwait to extend it by 48 hours.

Qatari Foreign Minister Sheikh Mohammed bin Abdulrahman al-Thani said the demands were made to be rejected, adding that the Arab ultimatum was aimed not at tackling terrorism but at curtailing his country’s sovereignty.

Gulf countries have insisted the demands were non- negotiable.

The United Arab Emirates ambassador to Russia has said that Qatar could face fresh sanctions if it does not comply with the demands.

The feud erupted last month when Saudi Arabia, the United Arab Emirates, Bahrain and Egypt severed diplomatic and travel ties with Qatar, accusing it of supporting terrorism and being an ally of regional foe Iran, charges that Doha denies.

The rift opened days after Trump met Arab leaders in Riyadh and called for unity against regional threats such as Iran and hardline Islamist militant groups.

A State Department official said on Sunday the United States encourages “all parties to exercise restraint to allow for productive diplomatic discussions. We are not going to get ahead of those discussions. We fully support Kuwaiti mediation.”