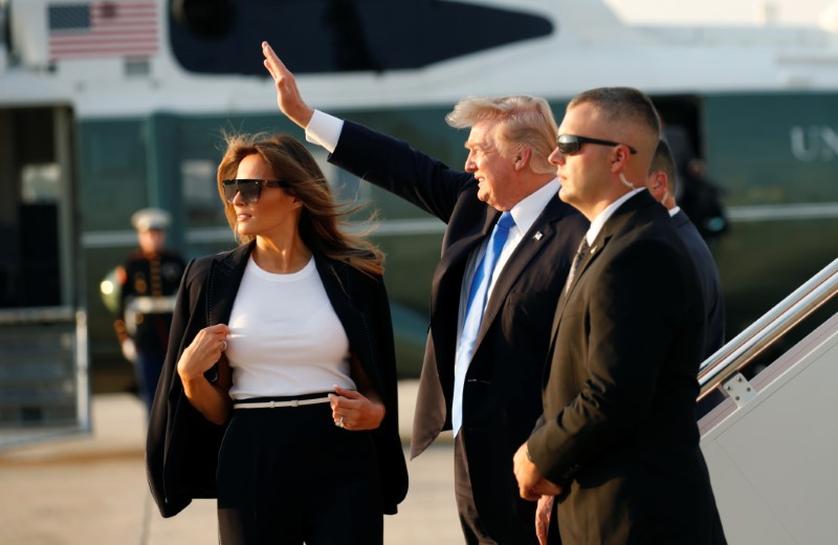 After a bumpy start to relations, the two men both have incentives to improve ties – Macron hoping to elevate France’s role in global affairs, and Trump, seemingly isolated among world leaders, needing a friend overseas.

Weeks after Macron hosted Russian President Vladimir Putin at the Palace of Versailles, Trump will bask in the trappings of the Bastille Day military parade on Friday and commemorations of the entry 100 years ago of U.S. troops into World War One.

Talks will focus on shared diplomatic and military endeavors, but an Elysee official said Macron would not shy away from trickier issues. Trump has made few friends in Europe with his rejection of the Paris accord on climate change and “America First” trade stance.

“The meeting won’t avoid subjects on which we have different positions, such as climate and, to a certain extent, trade,” the Macron aide said.

Macron will greet Trump at the Hotel des Invalides, a grand 17th century complex where Napoleon Bonaparte and other war heroes are buried.

They will later dine with their wives at a restaurant on the second floor of Paris’ Eiffel Tower. The Elysee official said the symbolism was clear: “Paris is still Paris.”

During the U.S. election campaign, Trump declared that a wave of militant attacks showed “France is no longer France”, urging the French to get tough on immigration and jihadists.

This year’s July 14 celebrations come a year after a Tunisian man loyal to Islamic State plowed a truck through a crowd of revelers on a seafront promenade in the Riviera city of Nice, killing more than 80 people.

A White House official on Tuesday said Trump and Macron would discuss the civil war in Syria, where Islamic State is defending its last major urban stronghold of Raqqa, and counter-terrorism.

For Macron, France’s youngest leader since Napoleon two centuries ago, the visit is a chance to use soft diplomacy to win Trump’s confidence and set about influencing U.S. foreign policy, which European leaders say lacks direction.

“Macron has said before that military action is not enough, we have to plan for development and stabilization.”

Beyond Syria and the Middle East, the Elysee said Macron would also press Trump for more support in financing a new West African military force to battle Islamic militants in the Sahel, where France wants to wind down its troop presence.

In bringing Trump to Paris, Macron has stolen a march on Britain’s embattled Prime Minister Theresa May.

London’s offer of a state visit for Trump met fierce criticism and warnings that he would be greeted by mass protests.

An Elabe poll showed that 59 percent of French people approved of Macron’s decision to invite Trump.

Divers recover ‘black box’ from crashed Indonesia Sriwijaya Air plane
Commentary: A convenient state of emergency amid challenging times in Malaysia
Taiwan says relations with US elevated to ‘global partnership’
Taiwan rattled by 5.7 magnitude quake, no immediate reports of damage: Report
Rights Activist Calls on China’s Premier to Give Back His Passport