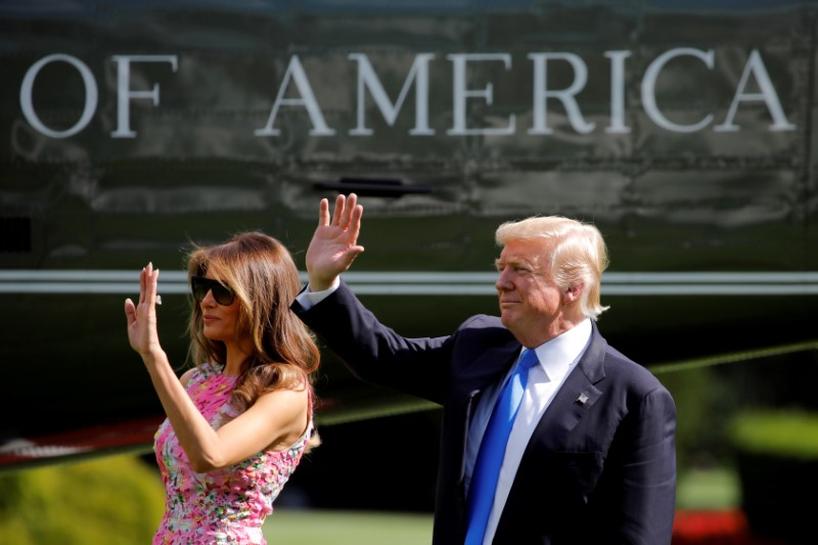 WASHINGTON (Reuters) – U.S. President Donald Trump and first lady Melania Trump will not attend the Kennedy Center Honors in December, the White House announced on Saturday, after several honorees said they would boycott a White House reception before the show.

The Kennedy Center also said in a statement the White House reception “will no longer take place.”

The White House said the president and first lady would not take part in the Kennedy Center Honors “to allow the honorees to celebrate without any political distraction.”

The announcement came after television producer Norman Lear, singer Lionel Richie and dancer Carmen de Lavallade said they would not attend the White House reception that was set to take place prior to the Dec. 3 annual gala event. The other honorees are singer Gloria Estefan and rapper LL Cool J.

The awards are presented each year in December to recognize honorees for their lifetime contributions to the arts.

All five honorees are expected to attend a Dec. 2 dinner and awards ceremony at the State Department, the Kennedy Center’s chairman, David Rubenstein, and its president, Deborah Rutter, in a statement.

The Kennedy Center “respects” the decision made by the Trumps, they said.

“In choosing not to participate in this year’s Honors activities, the administration graciously signaled its respect for the Kennedy Center and ensures the Honors gala remains a deservingly special moment for the honorees,” Rubenstein and Rutter said.

De Lavallade, an African-American actress, dancer and choreographer, said in a statement on her website that she was honored to receive the award and would attend the show.

But, she said that she would not go to the White House “in light of the socially divisive and morally caustic narrative that our existing leadership is choosing to engage in.”

Her comments come after the president blamed “both sides” for violence that erupted last week between counter-demonstrators and neo-Nazis, Ku Klux Klan members and white nationalists holding a “Unite the Right” rally in Charlottesville, Va.

Trump’s comments prompted a slew of resignations from presidential councils, including all 17 members of the President’s Committee on the Arts and Humanities.

In a New York Times article on Aug. 3, Lear was quoted as saying that he would forgo the White House reception because, “This is a presidency that has chosen to neglect totally the arts and humanities — deliberately defund them — and that doesn’t rest pleasantly with me.”

The Kennedy Center Honors is the second annual Washington event that Trump decided not to attend.

The president, who called the U.S. news media as “enemies of the American people,” also withdrew from the annual White House Correspondents Dinner.