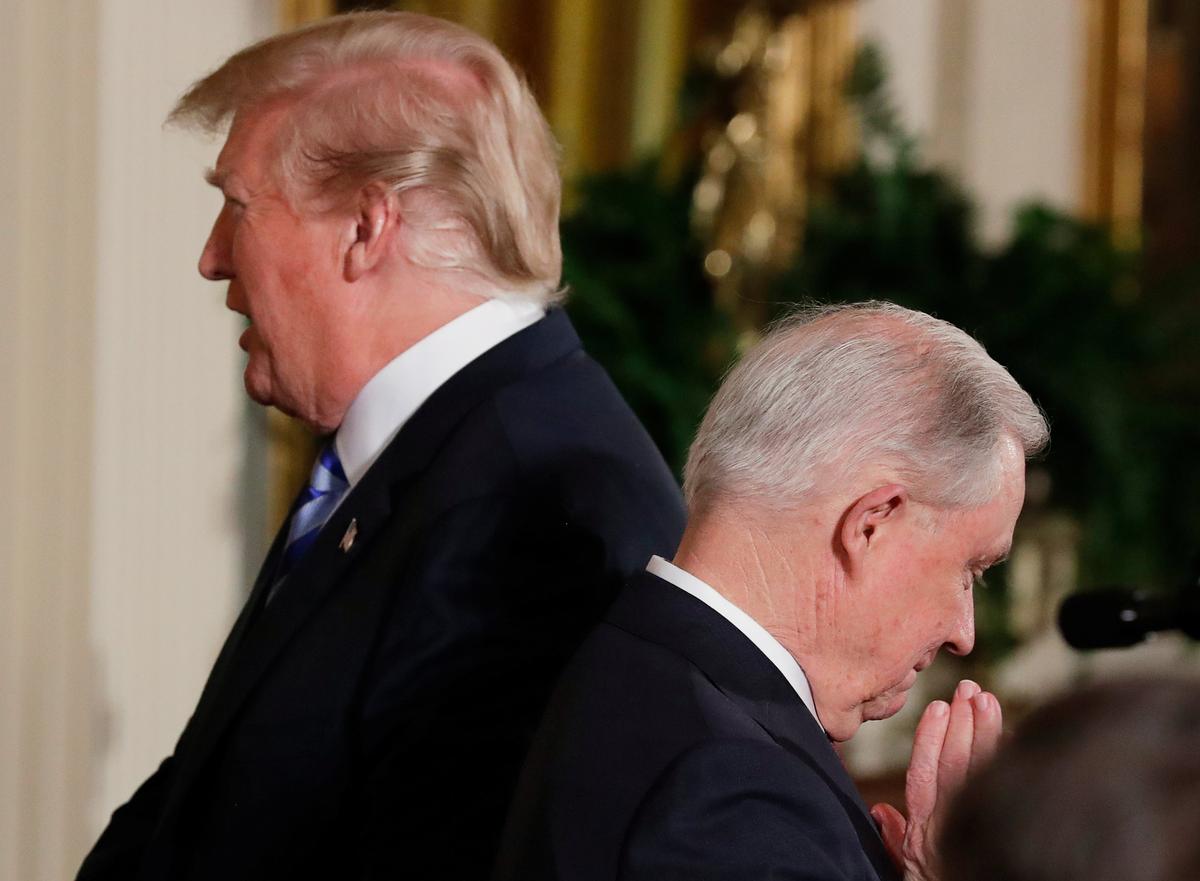 Sessions, one of Trump’s earliest supporters in his 2016 presidential campaign, responded to the public rebuke with an uncharacteristically terse statement in which he pledged “to discharge my duties with integrity and honor.”

The latest fracas began with Trump flaying Sessions for having Justice Department Inspector General Michael Horowitz – not prosecutors – examine how the agency and the Federal Bureau of Investigation obtained a warrant to monitor a former Trump campaign adviser, Carter Page.

“Why is A.G. Sessions asking the Inspector General to investigate massive FISA abuse,” Trump wrote on Twitter, referring to the Foreign Intelligence Surveillance Act, which regulates government monitoring of the communications of suspected foreign agents.

“Will take forever, has no prosecutorial power and already late with reports on Comey, etc.,” Trump continued. “Isn’t the IG an Obama guy? Why not use Justice Department lawyers? DISGRACEFUL!”

Horowitz was sworn into his post in 2012, during the Obama administration, after serving on a sentencing policy commission to which he was nominated by Republican President George W. Bush.

Trump’s tweet appeared to reveal a lack of understanding of the function of Horowitz’s office, which serves as an independent watchdog that investigates misconduct in the Justice Department and can refer wrongdoing to prosecutors.

Trump’s attack on Sessions also was his latest breach of the principle of preserving judicial and prosecutorial independence. He has crossed that line numerous times, for example by vowing to have his 2016 opponent Hillary Clinton investigated.

In his statement, Sessions called the referral to Horowitz “the appropriate process that will ensure complaints against this department will be fully and fairly acted upon if necessary.”

“As long as I am the attorney general, I will continue to discharge my duties with integrity and honor, and this department will continue to do its work in a fair and impartial manner according to the law and Constitution,” he said.

Sessions’ statement was his strongest defense against repeated attacks from Trump.

The exchange reignited tensions between the pair rooted in Sessions’ recusal from his department’s probe of alleged Russian meddling in the 2016 presidential election, which Trump sharply criticized at the time, raising questions about how long Sessions would hold on to his job.

The new clash revived that uncertainty.

“I don’t think it will end well,” said Channing Phillips, the former U.S. attorney for the District of Columbia. “The relationship has been pretty tough since last summer as it is.”

Sessions’ recusal paved the way for the appointment of Special Counsel Robert Mueller, who has filed a flurry of criminal charges against a slew of former Trump campaign aides and advisers and Russians accused of trying to skew the 2016 election to Trump.

Trump denied there was any collusion between his campaign and Moscow, and Russia has said it did not meddle in the election, contradicting the assessment of senior U.S. security officials.

Trey Gowdy, the Republican chairman of the House Oversight and Government Reform Committee, defended Sessions’ decision to refer the matter to Horowitz.

Horowitz “has been fair, fact-centric and appropriately confidential with his work,” Gowdy said in a statement. “I have complete confidence in him.”

Sessions said on Tuesday that he was referring to Horowitz the allegations of FISA surveillance abuses by the Republican chairman of the House of Representatives Intelligence Committee, Devin Nunes.

Nunes charged in a memo released on Feb. 2 that the FBI and the Justice Department improperly obtained a September 2016 FISA warrant to monitor the communications of Page, who had numerous Russian contacts.

On Saturday, the House Intelligence Committee released a Democratic rebuttal that called the Nunes memo “a transparent effort to undermine” the FBI, the Justice Department, Mueller and congressional probes into possible collusion between Russia and the Trump campaign.