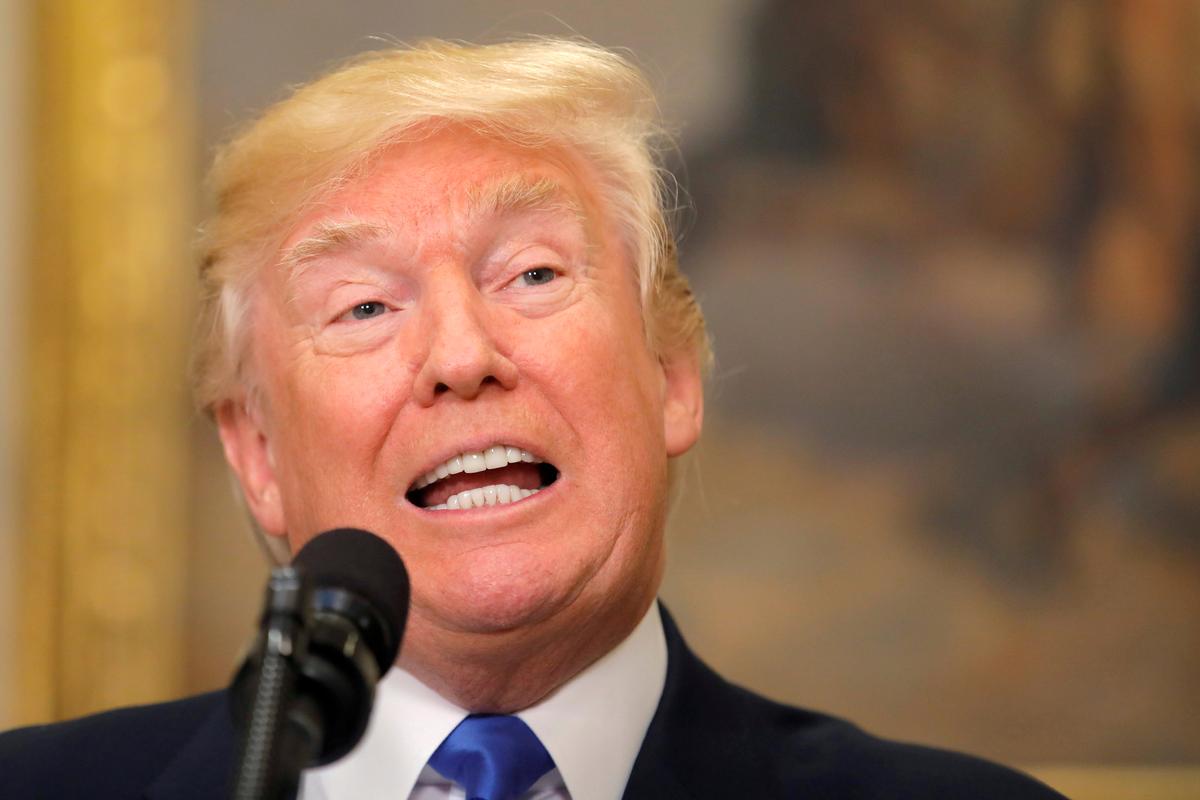 The magazine’s account of the relationship was based on notes handwritten by the model, Karen McDougal, who was Playboy’s 1998 Playmate of the Year. The New Yorker reported that McDougal confirmed that she had written the notes.

The account had similarities with descriptions that adult-film actress Stephanie Clifford, also known as Stormy Daniels, and other women have given of sexual encounters with Trump, including private dinners and offers to buy them real estate.

The magazine reported that American Media Inc, publisher of the National Enquirer, paid McDougal $150,000 in 2016, soon after Trump became the Republican presidential nominee, for exclusive rights to her story, which it never published.

The article noted that American Media head David Pecker has described Trump as a “personal friend.”

It reported that McDougal declined to discuss details of her relationship with Trump for fear of violating her agreement with American Media.

American Media told Reuters in a statement that the suggestion it “engages in any practice that would allow it to hold influence over the President of the United States, while flattering, is laughable.”

The New Yorker reported that American Media said it did not publish McDougal’s story because it did not find it credible.

The payment to McDougal by American Media was originally reported by the Wall Street Journal on November 4, 2016.

The White House did not respond to a Reuters request for comment. The New Yorker reported that a White House spokesperson said in a statement that Trump denies having had an affair with McDougal and called it, “more fake news.”

Trump has denied having an affair with Clifford.

Earlier this week, Trump’s personal lawyer Michael Cohen said he paid Clifford $130,000 from his personal funds during the 2016 presidential election campaign but said he was working alone and it was not a campaign expense.

Other women have accused Trump of making unwanted sexual advances toward them over the years. Trump has denied the accusations.

Reuters has not independently confirmed any of the accusations.

Should I worry if my helper is doing outside work?
COVID-19 tests to be offered to workers at key delivery centres, logistics delivery firms: MOH
TOC defamation trial: Animosity from siblings evident, but PM Lee hopes that ‘matters can be repaired’ one day
Kashmir rebels kill 2 Indian soldiers in region’s main city
Commentary: Japan has taken care of two COVID-19 waves so how bad can this third one be?