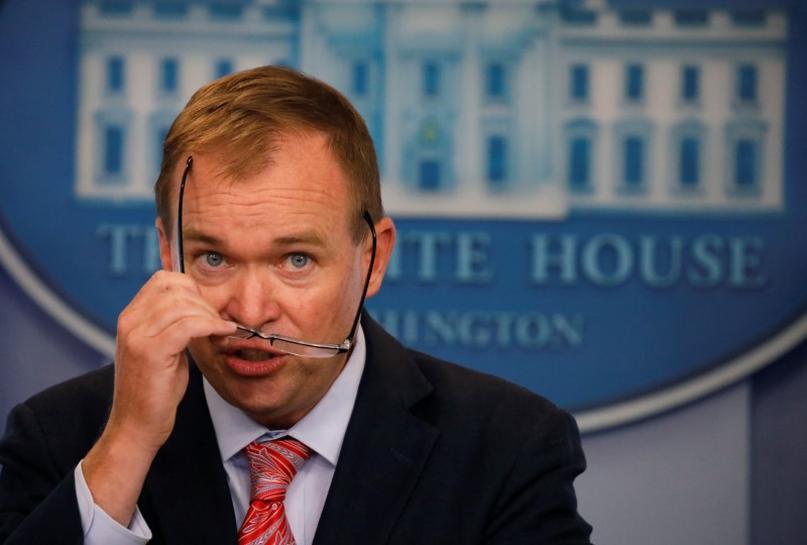 The leadership of the independent regulatory agency was thrown into question on Friday when its outgoing director Richard Cordray, a Democrat, named his deputy as his acting replacement until the U.S. Senate confirms a new director.

But Trump named White House budget director Mick Mulvaney, a fierce critic of the agency, to temporarily oversee the Consumer Financial Protection Bureau (CFPB) until he nominates someone to take on the job – a pick expected in upcoming weeks, senior administration officials told reporters on a conference call.

Trump’s nominee must be confirmed by the U.S. Senate, meaning that Mulvaney – who will be at the CFPB on Monday – could be the acting director for months.

“We don’t have any reason to think that anything out of the ordinary course will happen: we think he will show up Monday and he will go into the office and start working,” a senior administration official said, speaking on condition of anonymity.

The officials said Trump’s move to name an acting director was “routine” and is supported by a plain reading of the 1998 Federal Vacancies Reform Act.

The Justice Department’s Office of Legal Counsel has given an informal opinion on the issue, and will soon publish its formal view, the officials said.

Cordray was the CFPB’s first director, so this is the first time the agency’s succession plan has been tested.

The agency was created by former Democratic President Barack Obama in the wake of the financial crisis and has imposed steep penalties on banks, auto dealers, student lenders and credit card companies for alleged predatory lending practices.

Republicans have complained the agency is too powerful and lacks oversight from Congress on its operations. Democrats such as Senator Elizabeth Warren of Massachusetts – who pushed for the agency’s creation – argue the CFPB protects Americans from financial abuses.

Trump has pressed to ease regulations on businesses, including the financial sector.