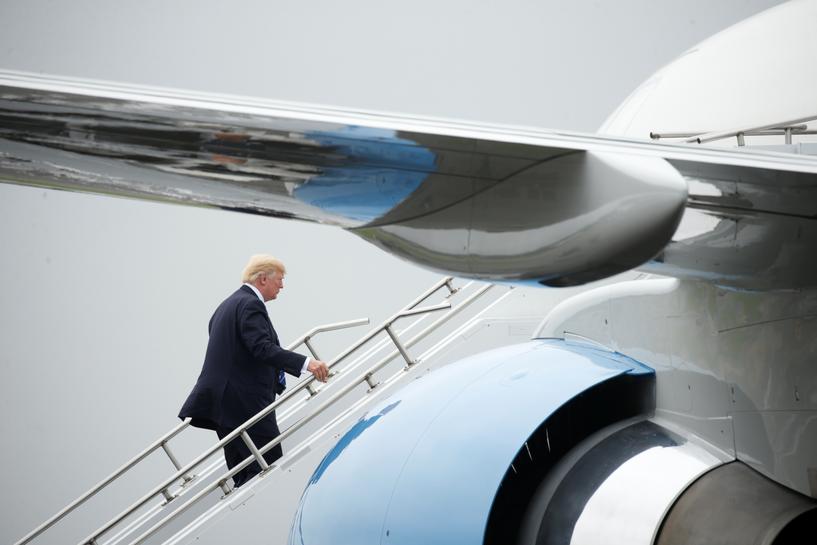 HAGERSTOWN, Md./WASHINGTON (Reuters) – U.S. President Donald Trump reviewed an array of options for a strategy on Afghanistan with his top national security aides, but made no decision on whether he would commit more troops to America’s longest war.

Friday’s meeting was the latest in a series of high-level discussions on Afghanistan and a broader security strategy for the South Asia region that has been bogged down by internal differences.

“The president is studying and considering his options and will make an announcement to the American people, to our allies and partners, and to the world at the appropriate time,” Sanders said.

National security adviser H.R. McMaster and other top national security officials went into the meeting backing a modest increase in troops. At a mid-July meeting, they had thrown their weight behind 3,000 to 5,000 additional U.S. and coalition soldiers.

“Anti-globalists,” who were led by Steve Bannon before he was fired on Friday as Trump’s chief strategist, backed withdrawing U.S. forces, U.S. officials said.

Other options which were to be discussed included keeping the status quo of some 8,400 U.S. troops, a modest hike, or a small reduction that would focus on counter-terrorism operations enhanced by drone strikes and intelligence-gathering, they said.

A U.S. official said that during a trip to Afghanistan earlier this year, Defense Secretary Jim Mattis told Afghan President Ashraf Ghani that the United States would have a sustained commitment to Afghanistan.

More than 15 years since the United States invaded Afghanistan and toppled the Islamist Taliban government for giving al Qaeda a sanctuary where it plotted the Sept. 11, 2001, attacks, there is no sign to an end in fighting.

U.S. intelligence agencies assessed in May that the conditions in Afghanistan will almost certainly deteriorate through next year, even with a modest increase in military assistance from America and its allies.

Senator Lindsey Graham, a senior Republican and advocate of a stronger U.S. role in Afghanistan, urged Trump in a statement to “listen to his generals. At the end of the day, Afghanistan is about American homeland security – not building empires.”

The Camp David discussions have also been complicated by differences over taking a harder line on Pakistan for failing to close Afghan Taliban sanctuaries and arrest Afghan extremist leaders. U.S. officials say the Afghan Taliban are supported by elements of Pakistan’s military and top intelligence agency, a charge Islamabad denies.

Under one proposal, the United States would begin a review of whether to designate Pakistan a state sponsor of terrorism unless it pursues senior leaders of the Afghan Taliban and the allied Haqqani network, considered the most lethal Afghan extremist group, U.S. officials said.

Such a designation would trigger harsh U.S. sanctions, including a ban on arms sales and an end to U.S. economic assistance.

Finalizing a regional security strategy has been held up by Trump’s frustration with a lack of options for defeating the Taliban and ending the longest foreign conflict in U.S. history.

At the meeting in mid-July, Trump said Mattis and Marine General Joseph Dunford, the chairman of the joint chiefs of staff, should consider firing Army General John Nicholson, commander of U.S. forces in Afghanistan, for not winning the war.

The delay for a decision left an opening for Erik Prince, the founder of the former Blackwater military contracting firm and the brother of Trump’s education secretary, Betsy DeVos, to propose replacing U.S. forces in Afghanistan with mercenaries.

The plan made its way into the White House, according to a senior administration official.

There is no indication, however, that the proposal – promoted by Prince in media interviews – garnered serious attention and it was not among the options prepared for consideration at Camp David, said the official, speaking on condition of anonymity.

McMaster, Mattis, Dunford and retired Marine General John Kelly, the president’s chief of staff, are opposed to this plan, according to U.S. officials.

It was not known whether Prince’s proposal was brought up at the meeting.

U.S. military and intelligence officials are concerned that a Taliban victory would allow al Qaeda and Islamic State’s regional affiliate to establish bases in Afghanistan from which to plot attacks against the United States and its allies.