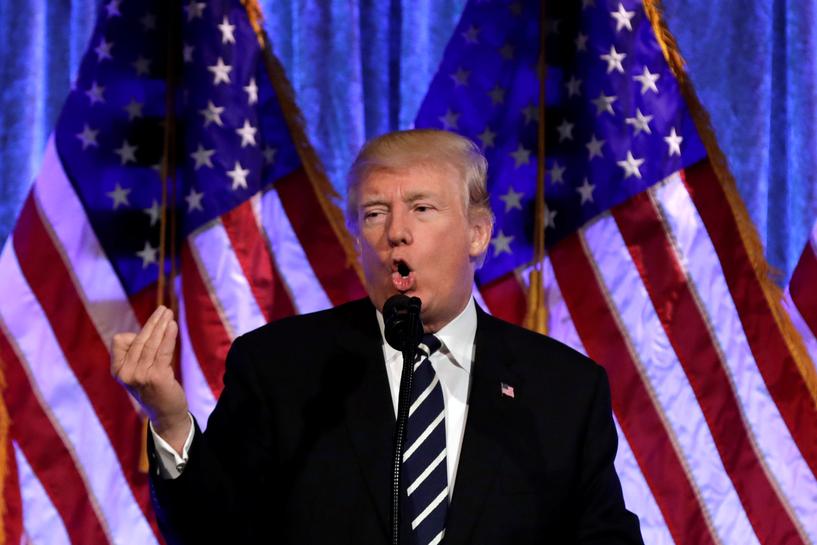 WASHINGTON/NEW YORK (Reuters) – U.S. President Donald Trump said on Saturday that actions by former national security adviser Michael Flynn during the presidential transition were lawful, and that he had had to fire him because Flynn had lied to the FBI and the vice president.

The president’s comment suggested he may have known Flynn lied to the FBI before he urged the FBI director not to investigate his former adviser, legal experts said. But they noted that it was unclear from the tweeted comment exactly what the president knew when.

“I had to fire General Flynn because he lied to the Vice President and the FBI. He has pled guilty to those lies,” Trump said on Twitter while he was in New York for a fundraising trip. “It is a shame because his actions during the transition were lawful. There was nothing to hide!”

Flynn, who on Friday pleaded guilty to lying to the FBI about his contacts with Russia, is a former Defense Intelligence Agency director who was Trump’s national security adviser only for 24 days. He was forced to resign after he was found to have misled Vice President Mike Pence about his discussions with Russia’s then-ambassador to the United States Sergei Kislyak.

”What has been shown is no collusion, no collusion,“ Trump told reporters as he departed the White House for the New York trip. ”There’s been absolutely no collusion, so we’re very happy.”

Legal experts said if Trump knew Flynn lied to the FBI and then pressured then-FBI director James Comey not to investigate him, that would be problematic.

If that were the case Trump’s tweet “absolutely bolsters an obstruction of justice charge,” said Jimmy Gurule, a former federal prosecutor and a law professor at Notre Dame University. “It is evidence of the crucial question of whether Trump acted with a corrupt intent.”

In May, the president fired Comey, who later accused Trump of trying to hinder his investigation into the Russia allegations. Comey also said he believed Trump had asked him to drop the FBI’s probe into Flynn.

Andrew Wright, a professor at Savannah Law School, said the tweet is open to interpretation and that Trump’s lawyer would downplay its significance.

On Saturday Cobb referred questions about the president’s tweet to Trump’s personal attorney, John Dowd, who described it as a “paraphrase of Cobb’s statement.”

The tweet is “bizarre and helpful to Mueller and hurtful to the president,” said Renato Mariotti, a former federal prosecutor in Chicago now at the law firm Thompson Coburn. “It’s one more piece of evidence that helps show the President’s intent when he fired Comey.”

As part of his plea on Friday, Flynn agreed to cooperate with the investigation.

The retired U.S. Army lieutenant general admitted in a Washington court that he lied to FBI investigators about his discussions last December with Kislyak.

In what appeared to be moves undermining the policies of outgoing President Barack Obama, the pair discussed U.S. sanctions on Russia, and Flynn asked Kislyak to help delay a United Nations vote seen as damaging to Israel, according to prosecutors.

Flynn was also told by a “very senior member” of Trump’s transition team to contact Russia and other foreign governments to try to influence them ahead of the U.N. vote, the prosecutors said.

Separately, speaking at a defense conference in California on Saturday, Trump’s current national security advisor H.R. McMaster said he saw no evidence that the indictment of Flynn, his immediate predecessor, was hurting U.S. national security.