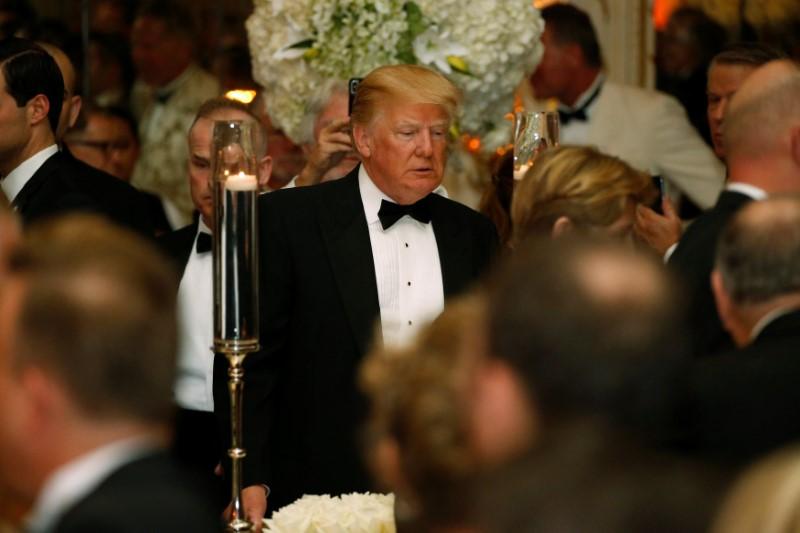 – The people of Iran are finally acting against the brutal and corrupt Iranian regime. All of the money that President Obama so foolishly gave them went into terrorism and into their “pockets.” The people have little food, big inflation and no human rights. The U.S. is watching! [0709 EST]

– Thank you to Brandon Judd of the National Border Patrol Council for your kind words on how well we are doing at the Border. We will be bringing in more & more of your great folks and will build the desperately needed WALL! @foxandfriends [0844 EST]

– Companies are giving big bonuses to their workers because of the Tax Cut Bill. Really great! [0849 EST]

– Sanctions and “other” pressures are beginning to have a big impact on North Korea. Soldiers are dangerously fleeing to South Korea. Rocket man now wants to talk to South Korea for first time. Perhaps that is good news, perhaps not – we will see! [0908 EST]

– Since taking office I have been very strict on Commercial Aviation. Good news – it was just reported that there were Zero deaths in 2017, the best and safest year on record! [0913 EST]

– The Failing New York Times has a new publisher, A.G. Sulzberger. Congratulations! Here is a last chance for the Times to fulfill the vision of its Founder, Adolph Ochs, “to give the news impartially, without fear or FAVOR, regardless of party, sect, or interests involved.” Get… [0939 EST]

– ….impartial journalists of a much higher standard, lose all of your phony and non-existent “sources,” and treat the President of the United States FAIRLY, so that the next time I (and the people) win, you won’t have to write an apology to your readers for a job poorly done! GL [0953 EST]

– Democrats are doing nothing for DACA – just interested in politics. DACA activists and Hispanics will go hard against Dems, will start “falling in love” with Republicans and their President! We are about RESULTS. [1016 EST]

– We will not rest until all of America’s GREAT VETERANS can receive the care they so richly deserve. Tremendous progress has been made in a short period of time. Keep up the great work @SecShulkin @DeptVetAffairs! instagram.com/p/BddOPJfAngh/ [1311 EST]

– Congratulations to Senator Orrin Hatch on an absolutely incredible career. He has been a tremendous supporter, and I will never forget the (beyond kind) statements he has made about me as President. He is my friend and he will be greatly missed in the U.S. Senate! [1723 EST]

– It’s not only Pakistan that we pay billions of dollars to for nothing, but also many other countries, and others. As an example, we pay the Palestinians HUNDRED OF MILLIONS OF DOLLARS a year and get no appreciation or respect. They don’t even want to negotiate a long overdue… [1737 EST]

– …peace treaty with Israel. We have taken Jerusalem, the toughest part of the negotiation, off the table, but Israel, for that, would have had to pay more. But with the Palestinians no longer willing to talk peace, why should we make any of these massive future payments to them? [1737 EST]

6 new COVID-19 cases in Singapore, including 1 community infection
Thailand confirms return of Iranians held over 2012 bomb plot
‘He’d physically hit me’: What lies behind those child and animal viral videos
Commentary: After years of demonising China, the US has to start an honest dialogue
New community COVID-19 case had dinner with 12 family members at Seoul Garden, investigations under way