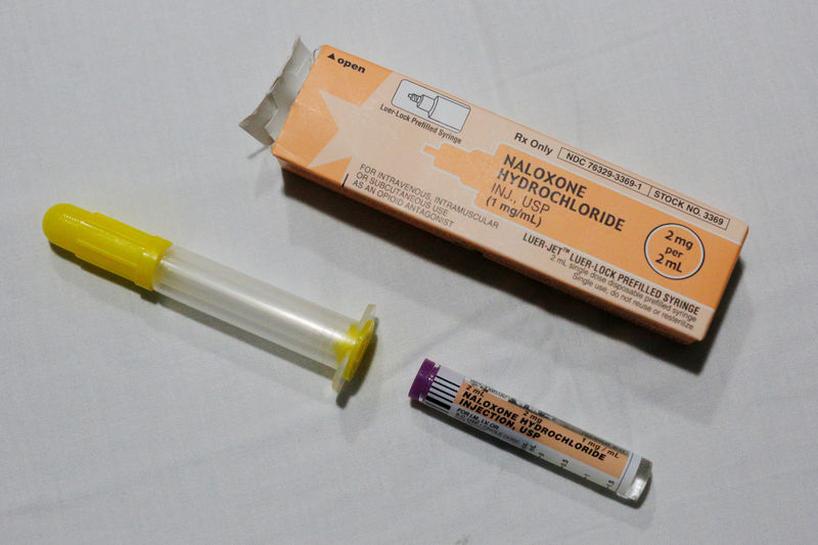 BRIDGEWATER, N.J. (Reuters) – President Donald Trump has scheduled what he called a “major briefing” for Tuesday on the epidemic of opioid drug use in the United States, a health crisis that kills more than 100 Americans daily.

In the midst of a two-week getaway at his golf club in New Jersey, Trump will meet with Health and Human Services Secretary Tom Price to discuss the matter. Trump frequently mentioned the opioid crisis as a presidential candidate, but has given it less public attention since taking office in January.

A commission created by Trump to study the matter urged him last week to declare a national emergency to address what it called a crisis involving the epidemic use of opioids, framing its death toll in the context of the Sept. 11, 2001, attacks on the United States.

The commission, headed by Republican New Jersey Governor Chris Christie, recommended a series of steps Trump could take on his own without Congress. It called for waiving a federal rule that restricts the number of people who can receive residential addiction treatment under the Medicaid healthcare program for the poor and disabled.

According to the U.S. Centers for Disease Control and Prevention, opioids were involved in more than 33,000 U.S. deaths in 2015, the latest year for which data is available, and estimates show the death rate has continued rising. Price has called the epidemic one of his agency’s top priorities.

The commission cited government data showing that since 1999 U.S. opioid overdoses have quadrupled, adding that nearly two thirds of U.S. drug overdoses were linked to opioids such as heroin and the powerful painkillers Percocet, OxyContin and fentanyl.

“With approximately 142 Americans dying every day, America is enduring a death toll equal to Sept. 11 every three weeks,” commission members wrote in a report. “Your declaration would empower your cabinet to take bold steps and would force Congress to focus on funding and empowering the executive branch even further to deal with this loss of life.”

So far, the White House has given no indication Trump will adopt the panel’s recommendations.

The Republican president’s initial federal budget called for a 2 percent increase in drug treatment programs and would provide funds to increase border security to stop the flow of drugs into the country.

Substance abuse treatment activists have criticized his proposed cuts to federal prevention and research programs as well as his calls to shrink Medicaid, which covers drug treatment for hundreds of thousands of Americans.

Preserving funds to confront the opioid epidemic emerged as a sticking point in congressional efforts to repeal the Affordable Care Act this year.

Republican legislation in the Senate to dismantle the Obamacare healthcare law included $45 billion for fighting the opioid epidemic, on top of the $2 billion in an earlier version of the bill, but the measure was defeated last month.

Trump is away from Washington until later this month while the White House is undergoing renovations. He and his aides have said he is maintaining a daily working schedule. Tuesday’s meeting with Price marks his first public event in days.

“I will be holding a major briefing on the Opioid crisis, a major problem for our country, today at 3:00 P.M. in Bedminster, N.J.,” Trump wrote on Twitter.

Even before the event, the Democratic National Committee slammed Trump, with spokesman Daniel Wessel saying in a statement: “Trump promised he’d come to the aid of communities ravaged by the opioid epidemic, but so far he’s done nothing for them.”

Officials from New Hampshire criticized Trump last week after a leaked transcript of a January conversation with Mexican President Enrique Pena Nieto showed that Trump had called the New England state, hard-hit by the opioid epidemic, a “drug-infested den.”

A study published on Monday in the American Journal of Preventive Medicine and led by University of Virginia researchers found that official figures issued by states on deaths caused by opioid and heroin overdoses were substantially under-reported.

The researchers examined death certificates dating from 2008 to 2014 and found that national mortality rates for opioids were 24 percent above previously reported data, and the heroin mortality rate was 22 percent higher.

Reporting by Doina Chiacu and James Oliphant; Additional reporting by Yasmeen Abutaleb and Susan Cornwell; Editing by Will Dunham

‘A lost generation’: COVID-19 takes emotional toll on Indonesia’s young
Hundreds Protest as Hong Kong Locks up 47 Democracy Activists, Politicians
UN tells Myanmar military to ‘stop murdering’ protesters
Vaccine exporter India says it has plenty of shots for its own people
Singapore advises citizens to consider leaving Myanmar as soon as they can